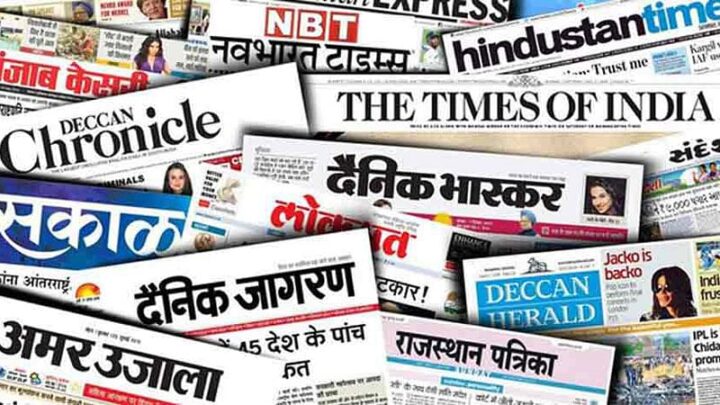 A newspaper now, is no longer a service, but, a business which must make money, so the ads have to have priority, writes Prof H C Pande

At one time the leading proponent of objective journalism was the New York Times and its slogan on the newspaper masthead, proclaimed ‘All the news that’s fit to print’. Much water has flown down the Hudson since 1897, but, the slogan remains the same, although, with the kind of reporting going on, possibly a better fit would be ‘All the news that fits we Print’.

Over the years, in all fields of human endeavor the hold of the lucre has continued to increase and become firmer, and, journalism is no exception. There was a time when no newspaper, ever, had an advertisement on the front page be it the New York Times, the Times of India or the Hindustan Times. The times have changed and so have, all the Times aforesaid, and, many more besides. The advertisements are dominant on the front page. The advertisements are all that you see at the first glance on the newspaper giving the impression that all is well with this world and all that needs to be done is to change your brand of soap or toothpaste or eat some cereal or the other.. At times though, one might find a news item tucked in an innocuous corner. Legal eagles would say advertisement is also news which is technically right but the common man wants to know what is happening around him or around the world. But then a newspaper now, is no longer a service, but, a business which must make money, so the ads have to have priority. So far so good.

But now the Press Barons have found an inexhaustible gold mine of additional income. An army of vested interests is prepared to pay handsomely for blowing up or withholding or slanting a news-item to shape the public opinion in their favour.This should be a matter of serious concern of all citizens.

No news, and, more so, doctored news, is a danger to any democratic society. With the current journalistic ethics, this is permissible. As for the vested interests, it is the entire spectrum, from an individual to a political party in power,or,out of power. And those distorting the news could be anyone,from the Stringer to the Managing Director of the newspaper..The primary purpose of the media now,is to create specific views and provide news ,suitably tailored,in support of those views.Sadly the news in the media,today,is no longer what has happened but what they want should have happened.The media is now a news-making industry,and dangerously close to becoming a news-faking industry.

One may add,that there are honest journalists,and,honest editors but like honest voters they have a little say in what goes on.