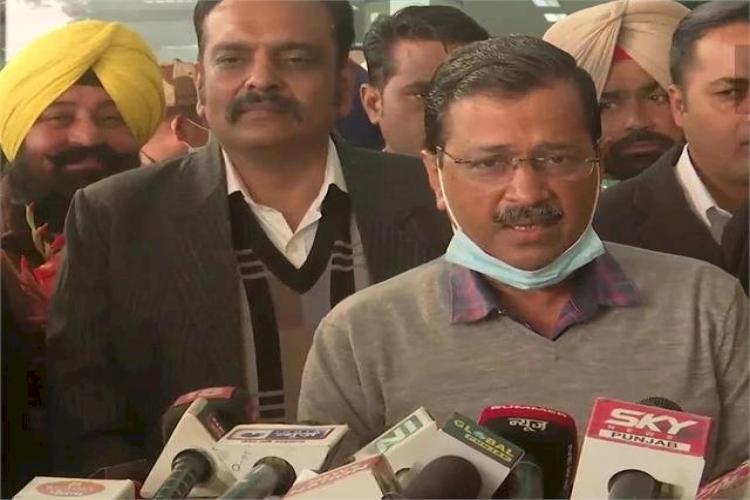 National Desk:Aam Aadmi Party (AAP) convener Arvind Kejriwal has targeted the Punjab government over the sacrilege in Punjab and the Ludhiana court bomb blast. Kejriwal on Friday alleged that there was some conspiracy behind the recent cases and said the “weak government” of Punjab has failed to maintain law and order.

Punjab government has declared a ‘high alert’ in the state following Thursday’s blast at the Ludhiana district court complex. One person was killed and six others were injured in the blast. Police suspect that the person killed in the blast may have been trying to plant the explosives.

Kejriwal said that a few days ago, an incident of sacrilege came to the fore. Now, there has been a blast in Ludhiana. Before the elections, such incidents are being done as part of a conspiracy to spoil the peaceful atmosphere in the state. This is the handiwork of a few people. He said that he has full faith in the people of Punjab and he will defeat the nefarious designs of those who try to increase tension.

Targeting the government led by Punjab Chief Minister Charanjit Singh Channi, he said that Punjab has a weak government. The leaders of the ruling party are fighting with each other. Punjab needs an honest, strong government, which can take action against those involved in these conspiracies.

He said the person who tried to sabotage the Golden Temple may have been sent by some influential person to create tension and there have been several such cases of sacrilege in the last five years. Kejriwal said that such incidents will continue till a strong government is formed. He promised to form an honest, strong and stable government in the state, which would bring such conspirators to justice.

Kejriwal said Punjab has a strong network of drug smugglers. When asked about Majithia, Kejriwal said that only 10 days before the announcement of elections, they are doing all this. It is all politically motivated. An FIR was registered against Majithia on Monday under the Narcotic Drugs and Psychotropic Substances Act on the basis of a status report of a 2018 narcotic case in the state.