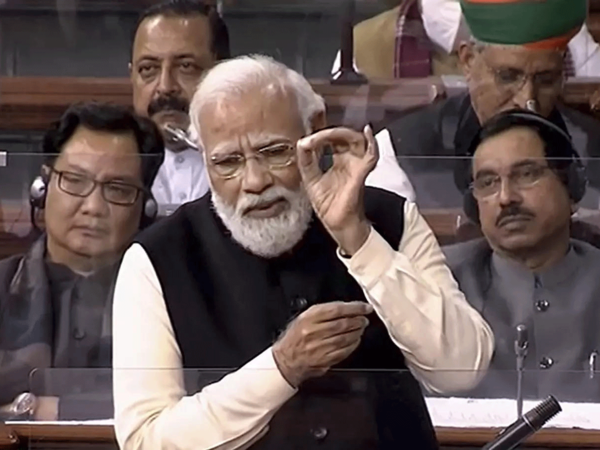 Five days after Congress leader and Gandhi scion Rahul Gandhi launched a scathing diatribe against the government, he stepped up the attack on BJP on Tuesday. His statement came hours after Prime Minister Narendra Modi replied to the motion of thanks on president’s address in Rajya Sabha.

While Modi’s address touched everything from Rahul’s great-grandfather Jawaharlal Nehru, who was also the first PM of Independent India, to Congress denigrating India’s global image at the time of Covid, Rahul Gandhi dismissed all that by saying, “He is a little afraid of the Congress. There is a little anxiety because the Congress speaks the truth. He is in the business of marketing. He has spread lies. So fear is natural and that showed in Parliament.”

Asking “the people (to) understand what he (PM) is doing,” the former Congress chief said, “The whole speech was about Congress, what Congress did not do and Nehru did not do, but nothing on BJP’s promises. There is fear.”

Earlier during the day, the Congress party staged a walkout from the House during the PM’s address, which forced Modi to remark that in a democracy, one needs to listen too and that the (Congress) party was used only to preaching others.

Taking on PM Modi for attacking former Prime Minister Nehru, Rahul Gandhi said, “I do not need anyone’s certificate for my great-grandfather. I don’t care what anybody says about him.” He said that PM Modi chose not to answer the issues that he had raised in his speech on Thursday. He said, “My great-grandfather served this country and gave his entire life to it. He did what he had to do as did other members of my family and millions of people of this country.” He also said, “Now I said there is a danger from China and Pakistan and this is a serious issue. This is no joke. The other two issues must also be taken seriously. These are not jokes. The country is being weakened. The prime minister said nothing on these things.”