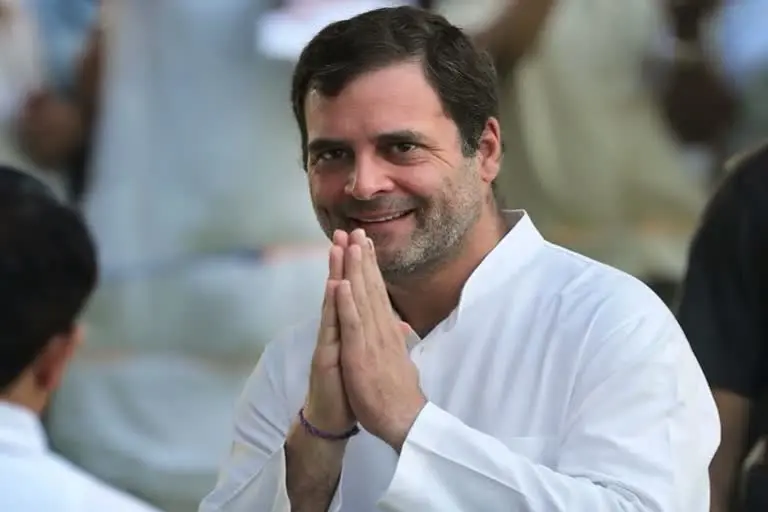 Amid the ‘freedom vs welfare‘ debate raging in the country, Rahul Gandhi is likely to promise loan waivers, free power, and the MSP Act to woo farmers besides better roads, schools, hospitals, and jobs to poll-bound voters.

Rahul, who will address a massive rally in Ahmedabad on September 5, is likely to promise farmers that if the Congress is voted to power, the party will waive their loans up to Rs 3 lakh and provide them with free electricity. farmers about 10 hours and pass a state law guaranteeing a minimum support price for their crops. To other voters, the former Congress chief is likely to promise better social infrastructure like roads, schools, colleges, hospitals, and jobs for the youth, party leaders said. Rahulji would make some announcements pertaining to farmers, power, schools, and hospitals, according to BM Sandeep, the AICC secretary in charge of Gujarat.

The Congress, which has been out of power for 27 years, is going into the Gujarat assembly elections with a key message to the voters. Change the state, change the government is our motto, according to Sandeep. The theme rests on the creation of social infrastructure during the previous Congress governments and highlights that no such development took place during the 27 years of the BJP rule. While Rahul is likely to list a few key promises, the state unit has started work on a central manifesto that will detail the list of things the Congress will do if elected to power, the grand old party is also preparing local manifestos for all 182 constituencies.

“There are rallies for separate manifestos. We are taking feedback from the people on what their problems are and what they expect from Congress,” said Sandeep. Party insiders said plans are to launch a detailed main election manifesto before September 15. Party veteran and former AICC general secretary Deepak Babaria has been tasked with drafting the main manifesto, which will be vetted by top AICC and state officials.

We have a great possibility of making a comeback because voters desire to change. We request voters to give us a chance so that we can bring good governance to the state and unveil the much-touted Gujarat model of the BJP,” he said. Apart from the social infrastructure issues, another key point in Rahul’s speech is likely to be Gujarat’s rampant alcohol and drug addiction, party insiders said. In the past, the former head of Congress drew attention to the recovery of a huge amount of drugs worth thousands of millions of crowns. year from a particular port in Gujarat with why such seizures were never investigated. Based on his example, the state unit started a gathering campaign against the illegal liquor trade and plans to stir up the drug issue as well.

Azad's letter might be authored by someone else from another party: DK Shivakumar

Azad's letter might be authored by someone else from another party: DK Shivakumar