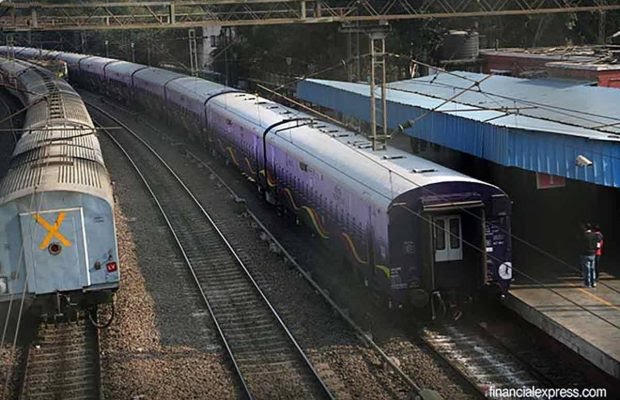 The Indian Railways is ready to go full steam to restore passenger traffic to pre-pandemic levels, albeit with lowered revenue expe­ctations. According to the Budget Estimates (BE) for 2022-23 (FY23), the national transporter expects to ferry 8.6 billion passengers in the year. This the same number of passengers estimated by the Railways in Budget 2021-22 (FY22).

Under the Revised Estimates (RE) for FY22, the Railways has set itself a target for transporting 3.5 billion passengers in FY22.

The higher footfall is based on the prospect that travel will resume once the pandemic retreats. This was the overarching perception when the FY22 BE was made, but the second wave of the pandemic reared its ugly head.

In terms of revenue projections, the Railways had expected to rack up Rs 61,000 crore from passenger traffic alone. Under RE, the projection is now to cumulate Rs 44,375 crore in FY22. In FY23, it intends to mop up Rs 58,500 crore toward passenger revenue. This is Rs 2,500 crore lower than the BE.

In last year’s Budget, the Railways had expected to collect Rs 3,746.02 crore by ferrying suburban passengers, especially on the Mumbai suburban railway network. Revenue expectations from this segment have been lowered to Rs 2,623.2 crore in the Budget this year, without lowering passenger volume.

According to last year’s Budget, the Railways was expected to earn Rs 57,253.98 crore from ferrying non-suburban (long distance) passengers. But this figure has been pruned to Rs 55,876.8 crore in this year’s Budget, without lowering passenger volume.

In view of the Covid-19 pandemic, this revenue estimate is only a projection to be reviewed at a later date. It cannot be treated as final,” clarified Gaurav Krishna Bansal, executive director, information and publicity.

The scaled-backed expectations are due to the Railways dropping the ‘special’ train tag and reverting to pre-pandemic fares.

In November last year, the Railway Board had directed the Zonal Railways to ditch the ‘special’ tag for mail and express trains and instead revert to pre-pandemic ticket prices with immediate effect. It was expected that around 1,700 trains were restored with lower prices. This brought down fares by roughly 15-30 per cent on routes where this tag was applicable.