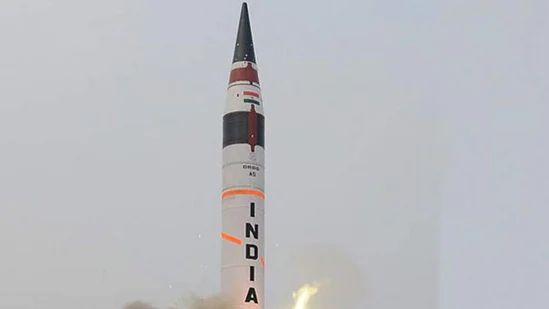 India needs a land-based conventional ballistic missile to deter any threat from aircraft carriers from the Bay of Bengal and the Arabian Sea while striking against ground forces across the LAC.

While the DRDO awaits a green signal from the Narendra Modi government to move into the development phase, the yet-to-be-named conventionally armed missile will deter any threat from ships in the Indian Ocean, the Arabian Sea, and the Bay of Bengal. It will also counter any ground threat across the Line of Actual Control (LAC) in Xinjiang, Tibet, and Yunnan provinces.

While India has an arsenal of nuclear and ballistic missiles with a range of up to 5,000 km from land and up to 3,500 km from naval deterrents, it has no conventional ballistic missile to deal with an adversary on land and high seas. The missile will not only deter any strike group on board from threatening India from the Indian Ocean but will also provide ground protection to its own aircraft carriers in the Bay of Bengal and the Arabian Sea through coastal deployment.

The PLA has a growing arsenal of conventional land-based missiles and launchers with a range of 4,000 km Dong Feng 26, the first and only land-based missile capable of hitting the US Air Force base in the US territory of Guam, Indo. -Pacific. Dubbed the Guam Killer by Chinese propaganda media, the DF-26 missile provides the PLA with a deterrent against carrier-based strike forces and air invasion from a considerable distance off China’s east coast. The second Chinese conventional missile is the DF 21 D with a range of 1,550 km and a steerable return vehicle for greater accuracy. Billed as the world’s first anti-ship ballistic missile, the DF-21 D is billed by Chinese propaganda media as an aircraft carrier killer that threatens US Navy aircraft carriers conducting freedom of navigation operations in the South China Sea.

Depression over northeast Arabian Sea to maintain intensity for next 12 hrs: IMD

Depression over northeast Arabian Sea to maintain intensity for next 12 hrs: IMD