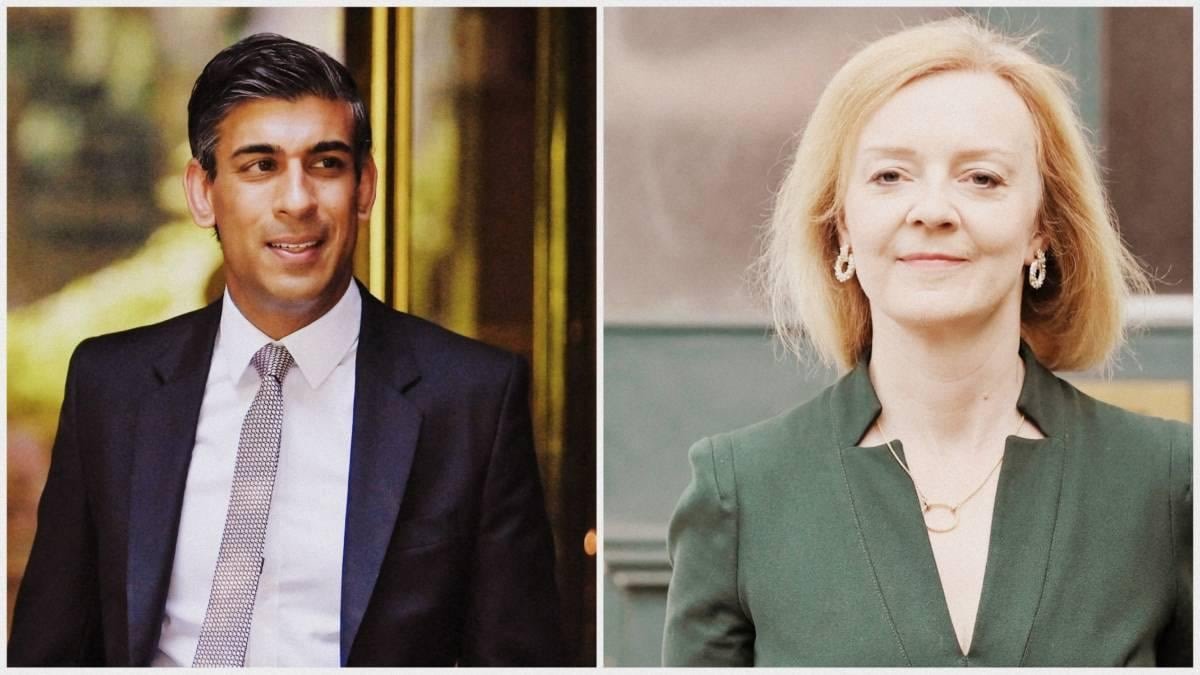 Former Chancellor of the UK Exchequer, Indian-descent Rishi Sunak’s straightforward Insta bio reads “MP for Richmond (Yorks). Join the campaign.” And recently for The Telegraph, he wrote, “If I become PM, I will deliver the radical set of reforms needed to unleash growth.” All in all, Southampton-born Sunak’s political philosophy has been that of a straight-shooter, who believes in the no-nonsense approach to politics. And that is perhaps why, in the aftermath of the upheaval in British parliament, following Prime Minister Boris Johnson quitting office, Rishi has emerged as one of the two leading choices to replace Johnson. The other choice is Liz Truss, UK’s Secretary of State for Foreign, Commonwealth and Development Affairs.

Superficially, the competition for British PM’s post could seem a conflict of economic policies – Rishi is offering tax cuts only after inflation is tackled first and Liz wants tax cuts to be immediate. The fact that Sunak’s arguments make better economic sense isn’t really appealing to the electorate in wake of Liz’s immediate appeal. For now, she is holding a commanding lead over Rishi in the race to become UK PM.

Sunak, born May 12, 1980, to Indian-descent parents Yashvir and Usha Sunak, is the eldest of three siblings. His grandparents, born in British India, migrated to East Africa in the 1960s. After finishing school, Rishi read Philosophy, Politics and Economics at Lincoln College, Oxford. He joined as an intern at the Conservative Campaign Headquarters while he was still at university. In 2006, he completed his MBA from Stanford University as a Fulbright Scholar.

Starting his career as an analyst at Goldman Sachs, Rishi went on to work for the hedge fund firm The Children’s Investment Fund Management, where he was made a partner in September 2006. He was first elected to the Parliament as a Conservative MP for Richmond in Yorkshire before he was inducted as a junior minister in former PM Theresa May’s cabinet.

In February 2020, Sunak was made the Chancellor of the Exchequer but within weeks of his appointment, the UK economy found itself in the grips of the COVID-19 pandemic and subsequent lockdowns. His personal poll ratings touched the sky when Rishi pledged to do “whatever it takes” to get the UK through the pandemic. Along with the pledge, he also revealed a support worth £350 billion.

Although Rishi started as a favourite to succeed Boris Johnson, his fate now rests in the hands of the Tory party members. Rishi has been pitching himself as a straightforward administrator who wouldn’t hesitate to continue with taxes until inflation was brought under control. This is a line of thought that is not mirrored by most of his rivals for the post.

Meanwhile, Liz Truss was left embarrassed and chastised for a tweet she posted after winning the fifth round of polling on Friday, June 22. Although the tweet was removed and rewritten before being reposted, it didn’t stop Dominic Cummings, former Chief Advisor to PM Johnson till 2020, from warning Tory members against electing Truss as their leader.

UK: Rishi Sunak responds to trollers after being trolled for mistaken spelling

UK: Rishi Sunak responds to trollers after being trolled for mistaken spelling