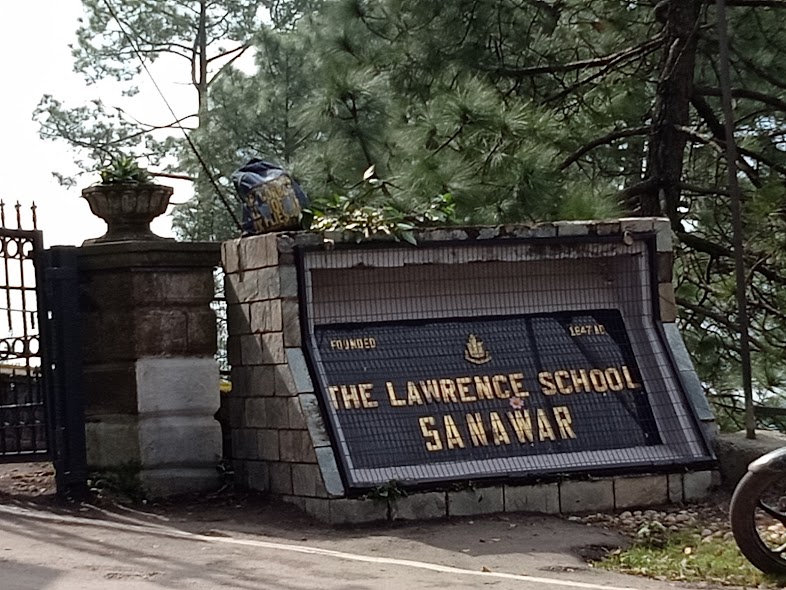 “Send him to Sanawar and make a man of him”, this line from Rudyard Kipling’s book “Kim” was enough to motivate my father to admit me into The Lawrence School Sanawar. Ensconced in the salubrious ambience of Kasauli hills, Sanawar would become a home for those impressionable six years of my life. My Alma mater celebrates its Dodransbicentennial (175th) anniversary this year with an inspiring journey in its long march in time.

Founded by Sir Henry Lawrence in 1847, as Lawrence Military Asylum, a charitable institution for the orphan wards of British soldiers, it is one of the oldest co-educational schools in the world. In 1920 it metamorphosed into Lawrence Royal Military School by a Royal Charter and thence to its current status of public school post independence. Till 1947 the school was open only to English children.

When the British left, there was a talk of turning the campus either into a military cantonment or to house Panjab University relocated from Lahore. Fortunately, it was decided to retain the hilltop as it was and the school was smoothly ‘Indianize’. It would thereafter play a pivotal role in preparing citizens many of whom brought laurels for a resurgent India.

The School has a rich legacy of inheritance. It is the first school outside England to receive royal patronage and has been presented with King’s colors twice, in 1853 and 1922. Given its military background the school is knitted in the strands of traditions well preserved down the generations. School motto “Never Give in”, believed to be the last words uttered by its founder before he succumbed to his injuries in 1857 uprising, has become synonymous with the school spirit.

The school song based on this motto with its characteristic tune is revered as much as the National Anthem. The ‘Red over White’ school flag signifying ‘death before surrender’ is hoisted daily by the ‘Prefect on Duty’. School memorial honoring those killed in various wars is saluted by students as they ‘March in unison’ for morning assembly. ‘Bugle calls’ regulate various events of the daily curriculum.

Starting with military, school has the distinction of sending contingents straight from its campus to battlefield in both the world wars; 78 of them never returned home. The tradition continued post independence even though the school was no longer a military one. The tally of gallantry awards won that includes a Param Vir Chakra, two Maha Vir Chakras, three Vir Chakras and a sizeable number of Sena medals and mention-in-dispatches can rival many battalions of Indian Army.

Courage displayed by 2/Lt Arun Khetarpal in the Battle of Basantar is legendary for which he was posthumously awarded Nation’s highest gallantry award. While Admiral Vishnu Bhagwat headed the Indian Navy at one time, the school has produced dozens of three-star rank officers that includes Lt Gen Ajay Singh, currently the Commander in Chief of India’s only Tri Services Andaman and Nicobar command.

The adventure spirit fostered by school comes alive when the likes of Brig TPS Chowdhury lead India’s first round the world sailing expedition and Ajeet Bajaj becomes the first Indian to ski to North and South Pole. Seven boys while in school scaled Mount Everest in 2013 which was world’s youngest team to climb the mountain. The girls not far behind, scaled Mount Kilimanjaro, Africa’s highest Peak soon thereafter.

The school has produced some outstanding sportsmen who have represented India. Marathoner Ranjit Bhatia a recipient of Order of the British Empire (OBE), participated in Rome Olympics while Shiva Keshvan, a reigning Asian Champion became the first Indian to compete in Luge at Winter Olympics. Trap shooter Manavjit Sandhu was awarded the ‘Khel Ratna’ for winning four silver medals in Asian games.

Best performance however has been in equestrian sport. There were times when the entire polo team of NDA Khadakwasla and IMA Dehradun was represented by Old Sanawarians. Imtiaz Anees won a bronze while Rupi Brar won Gold medal in Asian games. The latter was awarded Arjuna award along with other polo legends viz ‘Billy’ Sodhi, ‘Pickles’ Sodhi, Kuldeep Garcha and VP Singh, all schoolmates.

Navin Chawla has served as country’s Chief Election Commissioner while RS Gujral rose to become the Finance Secretary. Taranjit Singh Sandhu is doing a yeoman service as India’s ambassador in the United States when India is treading a cautious path amidst Ukraine conflict. Mehtab Singh Gill has been the acting Chief Justice of Punjab and Haryana High Court in addition to many other ‘Sanawarian’ High Court judges.

Educationists nurtured by the school have headed renowned school like Mayo College, Sherwood, YPS Patiala, etc with three of them at helm of affairs at Sanawar itself. Given the constraint of space, I have unwillingly left out a lot many names that have done the school proud. Former Prime Minister IK Gujral’s words, “Sanawar is not just a school, it is an institution”, inscribed at the school gate is perhaps an apt recognition the school deserves.

I would be failing in my duty if I do not mention about the headmasters who have played a pivotal role in establishing the reputation the school enjoys. Reverend Parker set the foundation as the first headmaster; Mr Carter the last British headmaster oversaw the smooth transformation of a military school into independent India’s premier residential school. Major Somdutt, first Indian Headmaster built upon what he had inherited giving it the direction in its second phase of existence.

Legends like Shomie Das who has taught Prince Charles and Sumer Singh dubbed as ‘India’s Educational Czar’, headed the school before handing it over to Harish Dhillon, the first alumni to take on its reins. The baton would later pass on to two other old Sanawarians ie Praveen Vasisht and Himmat Dhillon, the current incumbent.

I fondly remember my teachers for molding us and providing the impetus necessary for all round development. Many of these ‘foster parents’ spent better part of their lives educating at times two generations of the same family. Mr Bhupinder Singh nicknamed ‘Muchoo’ given his handle bar moustaches is perhaps one of the most venerated teachers after whom soccer tournament has been named. I owe a lot to mentors like Abraham, Mukherjee, Williams, Ghosh, Bhalerao, Idris, Sequerra, Gupta, Mrs’ Channa, Khan, Rampal, Kalpana Bakshi, Solomon, to name a few. Many of them have transcended to the other world leaving behind footprints with a fair measure of immortality.

I passed out from school over three decades ago but the school never left me. Those horror stories of ‘headless chowkidar’ and ghost who lived behind chapel are etched in my subconscious. The taste of chappatis sneaked from dining hall and consumed in dormitories with pickle is still fresh. I laugh remembering those Saturday night pillow fights and failed attempts of getting admitted into hospital before math’s test. I enjoyed that adrenalin rush fighting the occasional summer forest fires and skiing down the tuck-shop slope in winter snow.

I miss the adventurous annual hikes and camps and house socials where I could never muster enough courage to ask the girl I liked for a dance. I yearn for those walking out passes to Kasauli for ‘Bun-Sums’ (samosa stuffed in a bun). But I still dread those “See me after supper” given by prefects for acts of indiscipline, losing inter house matches, not qualifying in athletics events or falling down from a handstand.

‘She will also go to Sanawar’, was the first reaction on seeing my new born daughter. Later my son too followed her maintaining a tradition so well taught in school. Why are you so obsessed with your school; I have been asked so many times. I have a standard reply; ‘If you are a Sanawarian you will understand, and if you are not I cannot explain’.

An alumini of the Lawrence School Sanawar and NDA Khadakwasla, the officer served with ex CDS in Democratic Republic of Congo in 2008-9. He is a prolific writer and based at Mohali, Punjab.