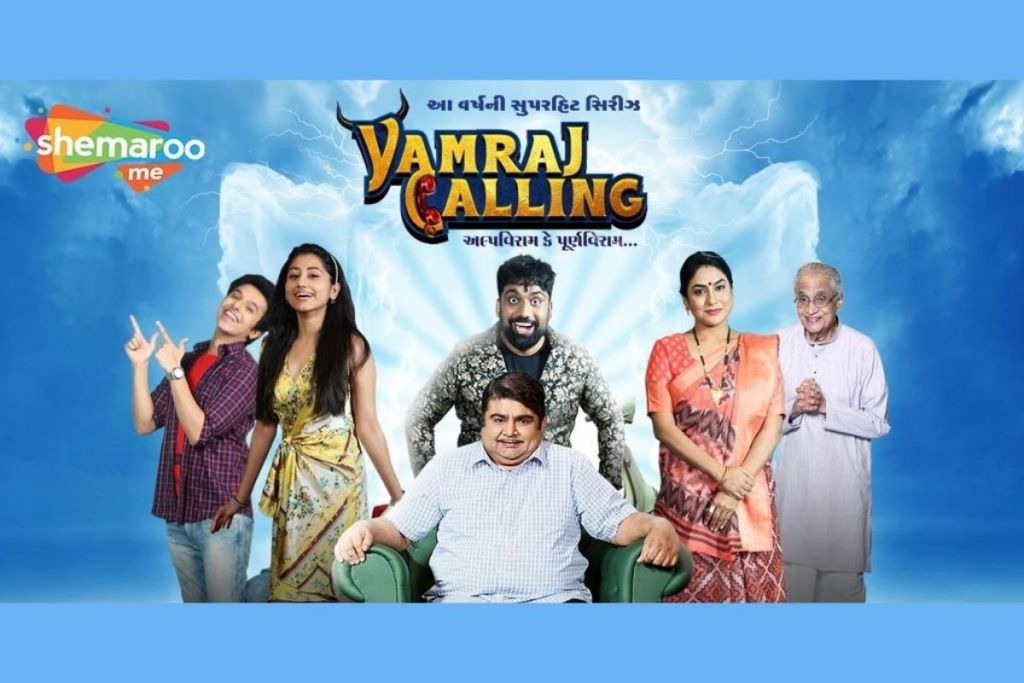 Deven Bhojani as Amar, Manan Desai as Yamraj and Deepak Gheewala are being applauded for their splendid performances

Mumbai (Maharashtra) [India], December 08: Original web series are the flavor of the season, drawing viewers with mature content and innovative stories across genres. Some of the best web series are now in the regional space, and ShemarooMe’s original Gujarati web series ‘Yamraj Calling’ is one of the prime examples. A family drama that touches the viewer’s heart, this first-of-its-kind Gujarati web series has succeeded in making viewers reflect on the importance of kin in one’s life. The COVID pandemic changed many people’s outlook towards life. Many began to worry about the future, forgetting to live in the present in order to give their family a secure future. Their lifestyle is stressful, and the only thing that matters is earning that extra buck, not for themselves but for their families. In this, often they forget their families.

‘Yamraj Calling’ stars Deven Bhojani, the popular film, television & theater actor and director, best known for his Gujarati plays and popular for his comic roles in Khichdi, Baa Bahu Aur Baby and Sarabhai vs Sarabhai. It also marks his debut in the web series. He plays Amar, one such man who forgets to live life in order to secure his family’s future. The story revolves around Amar, who is in pursuit of securing and providing a better future for his family. As a result, his complete focus is only on work, and this is to the extent of excluding everything else in his life, including his family. Working all the time to secure his future, he is stuck in the rat race and forgets to live in the present. He begins to neglect the happiness of his loved ones.

One day, he refuses to attend his own marriage anniversary celebrations due to office work. That same day, he has an encounter with Yamraj, the God of Death. Yamraj warns him that his time is up, and he has only two days left till death. Amar tries to negotiate a three-day extension to live and make things right. Does Yamraj agree? Does Amar get an extension? Does Amar change his approach to life? How do his wife, Mansi and daughter, Vyoma react? Does Amar’s relationship with his son, Abhi improve? What happens to his relations with his sister and friends?

To find out what happens next, engrossed families have been binge-watching the series, making it an occasion to bond with each other! Viewers are sharing their reactions in their family WhatsApp groups, and the emotional story is finding a place in their hearts!

Commenting on the response from his web series, actor Deven Bhojani said, “I am thrilled to see such an overwhelming response for my debut web series within just a few days of its launch. This indicates the demand for good Gujarati family content, and I am glad that ShemarooMe has been successfully raising the bar of Gujarati entertainment and making it accessible to the Gujaratis living across the world.”

Directed by Dharmessh Mehta, who has directed the first 500 episodes of famous Television series, Tarak Mehta ka ulta chashma along with Deven Bhojani as Amar and Niilam Paanchal as Amar’s wife, the series also stars Deepak Gheewala, Mazel Vyas, Meet Shah and Manan Desai in pivotal roles. It is for the first time that Deven Bhojani and Deepak Gheewala are sharing screen space, and their acting prowess takes the series to a higher level! Deepak Gheewala who has acted in Hindi and Gujarati entertainment industries is well known for his work in television shows like Anupama, Ek Mahal Ho Sapno Ka, Teen Bahuraaniyaan, R. K. Laxman Ki Duniya and Diya Aur Baati Hum.

If you haven’t yet watched it, log into ShemarooMe to find out if Amar is able to fix his relationship with his family.