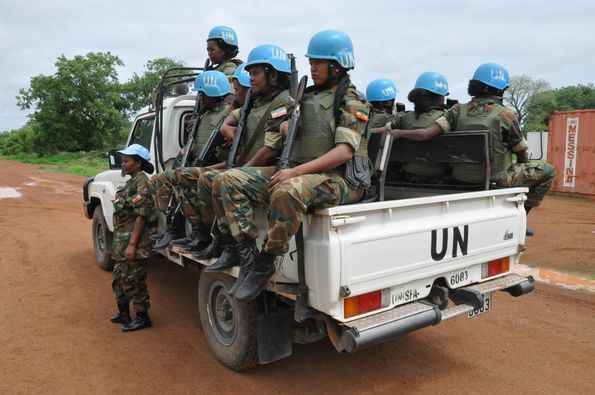 Situation has deteriorated sharply for United Nations Interim Security Force for Abyei in Gok Machar in South Sudan, the Assistant Secretary-General for Africa in the Departments of Political and Peace building Affairs and Peace Operations informed Security Council.

The Council President Martin Kimani expressed grave concern over recent developments in Gok Machar, including threats to the safety and security of peacekeepers which resulted in the death of a peacekeeper from Ethiopia on September 14, 2021, undermining the ability of UNISFA to support the Joint Border Verification and Monitoring Mechanism (JBVMM).

The members of the Security Council noted that these recent threats followed the forced relocation, completed between 26 and 31 August 2021, of UNISFA troops and equipment from the JBVMM team site 11 in Safaha/Kiir Adem and team site 12 in As Sumayah/War Abar to the JBVMM Sector 1 Headquarters in Gok Machar due to the threats to the safety and security of peacekeepers, he said.

The members of the Security Council reiterated their full support for UNISFA and expressed their continued concern that the full implementation of UNISFA’s mandate is being obstructed.

The members of the Security Council demanded the Government of South Sudan to facilitate the unimpeded implementation of UNISFA’s mandate and provide full support to UNISFA’s personnel by removing any obstacles that hinder UNISFA’s work to protect civilians, including by ensuring the mission’s freedom of movement and by facilitating UNISFA’s provision of food, medicine and other supplies to its personnel.

The members of the Security Council also called on the government of South Sudan to honour its obligations in accordance with resolutions and under the Status of Forces Agreement with UNISFA.

The members underscored the important role of UNISFA and the JBVMM in support of achieving peace, security and stability in Abyei and the broader region, and urged the Government of South Sudan to intensify its mediation efforts with members of the local community in Gok Machar to reduce tensions and to provide for the redeployment of UNISFA personnel to team sites 11 and 12.

The members further called on Sudan and South Sudan to convene a meeting of the Joint Political and Security Mechanism (JPSM) to address the existing challenges and facilitate the work of the JBVMM.

The members welcomed the continued cooperation between the Governments of Sudan and South Sudan, which is critical for the peace, security and stability in Abyei and the broader region.

They reiterated their support for the African Union, the African Union High-Level Implementation Panel and the United Nations Special Envoy for the Horn of Africa in mediating with the Governments of Sudan and South Sudan.

Islamic State claims bombings inside mosque at Kandahar in Afghanistan

Islamic State claims bombings inside mosque at Kandahar in Afghanistan