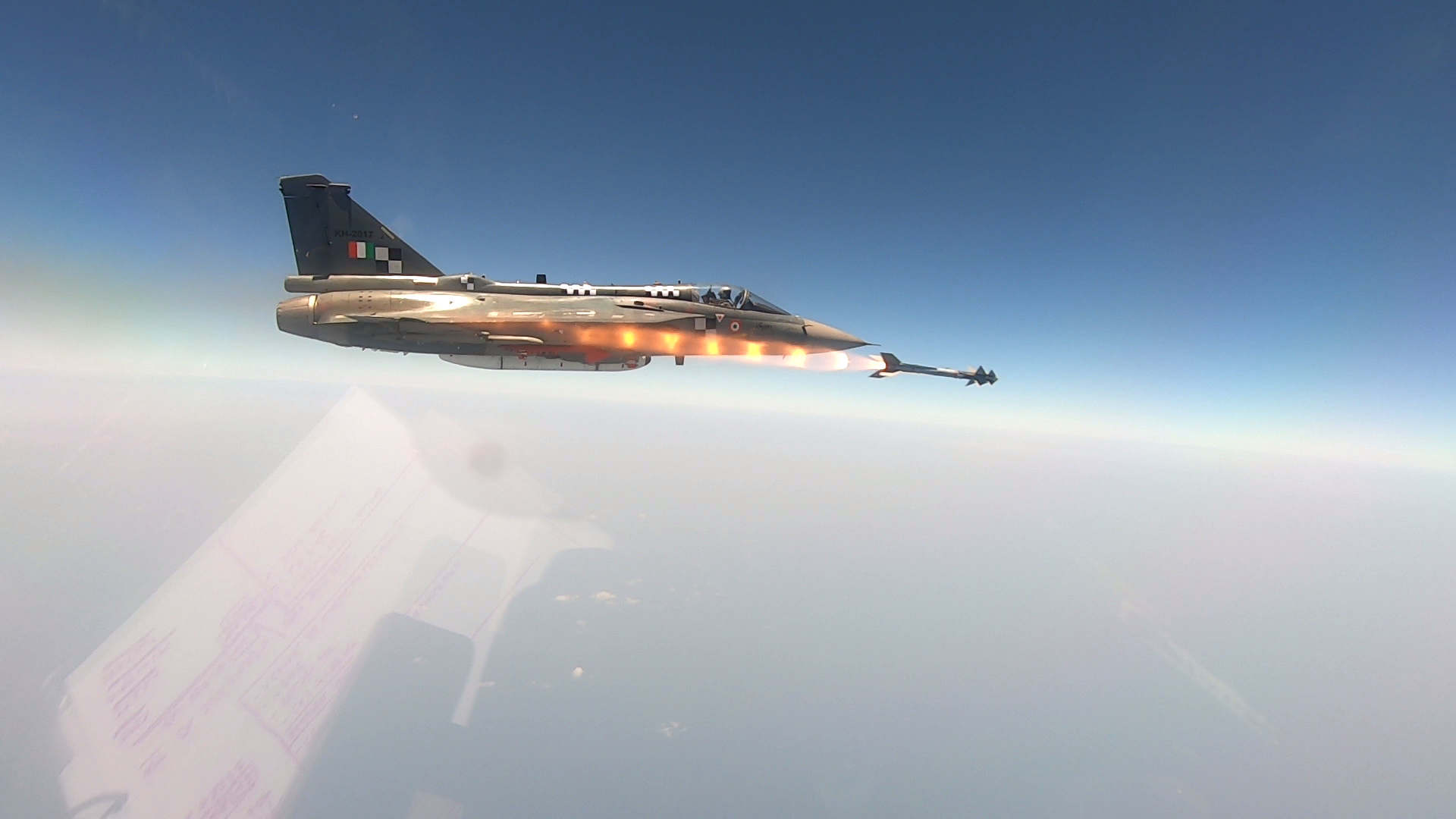 “The trials met all their planned objectives,” the DRDO stated

Prior to these trials, extensive missile carriage flight tests were conducted at Bengaluru to assess integration of the missile with aircraft systems on board the Tejas, like Avionics, Fire-control radar, Missile Weapon Delivery System and the Flight Control System.

At Goa, after successful separation trials, live launch of the missile on a Banshee target was carried out. Python-5 missile live firing was conducted to validate target engagement from all aspects as well as beyond visual ranges. In all the live firings, missile hit the aerial target.

The successful conduct was made possible with years of hard work by the team of scientists, engineers and technicians from ADA and HAL-ARDC along with admirable support from CEMILAC, DG-AQA, IAF PMT, NPO (LCA Navy) and INS HANSA.