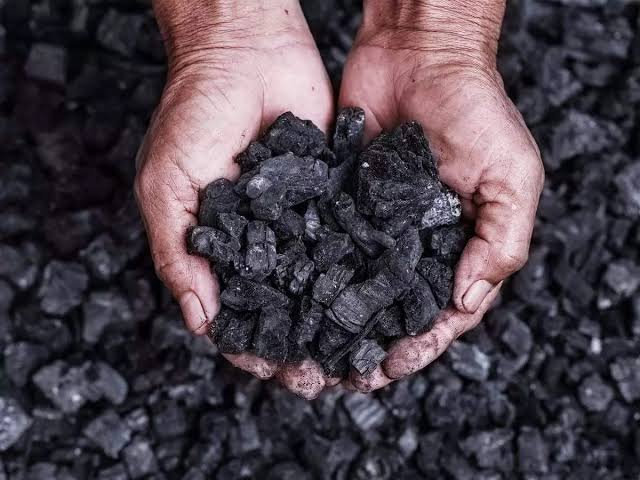 If India has to grow the power has to be available at affordable and prevalent rates across the globe. Recently power plants have been grappling with a surge in demand from industries as India’s economy is picking up after the second wave of COVID-19. Power consumption in the last two months alone jumped by almost 17 per cent, compared to the same period in 2019.

As there is a reluctance to raise the price that consumers pay for electricity, power plants have very little incentive to boost production.

The persistent shortage of coal production by the private and captive mines forced India to import around 200 million tonnes (MT) of coal. Of this, more than 40 per cent goes to meet the demands of power plants. A spurt in imported coal prices, mainly due to a major increase in coal imports by China, acted as a brake on imports of coal. This escalated the demand for domestic coal.

From August, the demand for thermal power witnessed a sudden rise after stagnating for over three years. In the second quarter, the extended monsoon severely affected open-cast mining. These added to supply disruptions and aggravated the crisis.

As for coal, domestic producers are unable to meet the rise in demand despite India having the fourth-largest reserves in the world. We must also note that India has adequate coal reserves for the next 200 years. But India is also the world’s second-largest importer of coal after China. But importing coal has also become hard, because international coal prices have hit record heights due to the increase in global demand.

With all the hype on Renewable energy, the basic power needs are being fulfilled largely by Thermal Power Plants only. This power crisis could be a drag on the economy in rebounding to the pre-Covid levels. The reasons for this current crisis of coal are not hard to find. In my assessment following are the main reasons:

The production from the private sources other than Coal India and SCCL was to increase substantially in the last 10 years which didn’t happen. A government-appointed committee in the early 1990s concluded that CIL “cannot be expected to meet the demand of the power sector, in case the pace of capacity addition accelerates.” This led to an amendment in the Coal Mines Nationalisation Act (CMNA) in 1993 that enabled the government to take away 200 coal blocks of 28 billion tons from CIL and allocate them to end-users for the captive mining of coal.

These end-users, mostly in the private sector, failed to produce any significant quantity of coal to meet the rapidly rising power capacity between 2007 and 2016. The cancellation of 214 blocks by the Supreme Court added to the problem. Commensurate to the captive mines allocated to the end-user industries, the coal production today should have been at least 500 million tonnes per annum (MTPA).

In reality, this has never exceeded 60 MTPA. While cancelling the 214 blocks in which 40 were operating supreme court had asked specifically to the government that it could allow them to run but government in its over confidence urged the Chief Justice of India to cancel even the running coal blocks and said that it could meet the demand by ramping up the production from CIL. 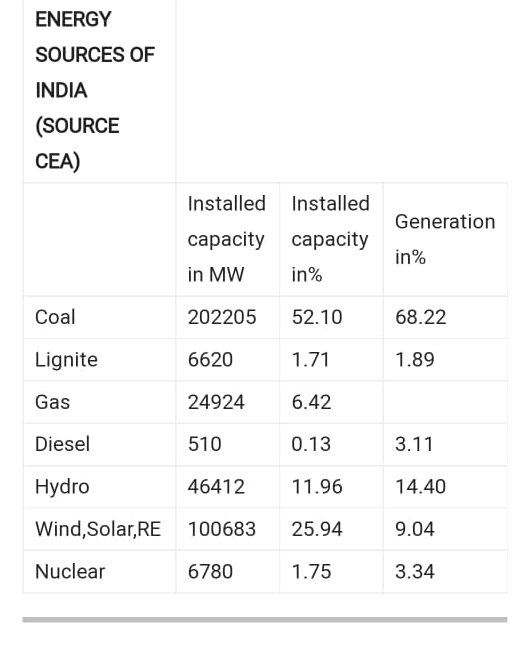 The allocated coal blocks to private players couldn’t do much to increase the production. Govt must focus on why these blocks are not coming up to production levels and should grant clearances and other bottlenecks at fast pace. Meanwhile lot of imported coal started coming into the country. This was going on well until China stopped buying coal from Australia and started buying from Indonesia & South Africa. With the increased demand of Indonesian & South African coal, the prices of these jumped up. India which used to mainly buy the coal from Indonesia and South Africa was suddenly in a fix. We couldn’t suddenly open up supplies from Australia on a large scale due to the logistical issues, see the table

The power plants that are cribbing at CIL not being able to supply them adequately are also at fault. Power plants are required by the Central Electricity Authority (CEA) to maintain a minimum stock of 15 to 30 days of normative coal consumption, depending upon the distance of the plant from the source of coal. The compliance with this directive by power plants has been severely lacking. This enhances the vulnerability of power plants, particularly those at longer distances, to supply constraints on account of the coal producer or transporter.

The persistent non-payment of coal sale dues by power plants to coal companies has created a serious strain on their working capital position. Some companies were forced to borrow from banks to meet the operational expenses, including disbursement of salaries. According to reports, Rs 18,000 crore is currently due to coal producers.

With the monsoons behind us and the onset of a good productive season, Coal India Ltd has already stepped up coal offtake to more than 1.5 mt per day. It is expected to rise further to 1.6/1.7 mt in the next few weeks. With these efforts, supply will match, if not exceed consumption. With efforts on the part of the railways in moving the coal, the crisis should dissipate in the near future, at least for power plants that pay timely for coal supplies. Obviously, it will take a few months for coal stock at power plants to climb to comfortable levels in line with the CEA’s norms.

Also government must push private players to scale up/start the production at the earliest or else their blocks be cancelled. Another suggestion is to explore the possibility of importing coal from other countries also other than Indonesia, South Africa and Australia to meet out the shortfall. And also the power plants must be advised to maintain the minimum inventory of 20/45 days depending upon the distance from the coal mines to avoid the emergencies.

We Indians learn our lessons only after burning our fingers. The madness after renewable energy poses a threat to Indian energy security as well.

SEBs should be restructured as listed PSU enterprises with professional management. In Moscow, the electricity tariff is about INR 1.30 per KWhr + 10 per cent capacity addition charges while in our country the average tariff exceeds INR 6- per KWHr.

Due to the artificial coal crisis spot prices for electricity have exceeded INR 16 and 17 per KWHr which confirms the failure of the IPP policy downgrading SEBs. India’s energy costs are the highest in the world. Corruption, Greed, and Public debt cannot help in nation-building and this has put at risk India’s Rise leveraging the beneficial population dynamics available.

We have to securitise our Energy requirements and not be vulnerable to the volatilities of the international market when we have sufficient coal within the country which we must put to use optimally. India has to seriously think, introspect and brainstorm otherwise we are slipping behind in many direction.