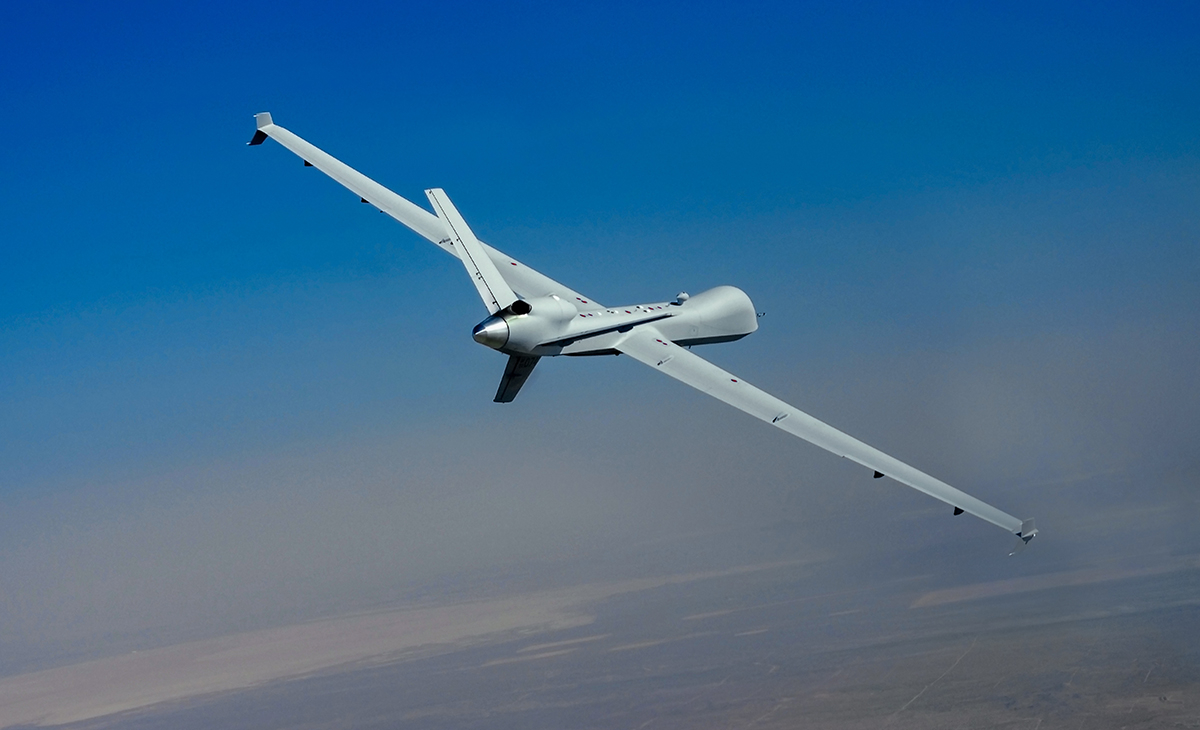 The Manned Fighter Aircraft is Dead!!

The Air Warfare Symposium, conducted by the US Air Force Association on 27 and 28 February 2020, may go down in history as an event where history was foretold. It was here, on the morning of 28 February 20, that Elon Musk, the quintessential disruptor, set the cat among the pigeons.

In a room overflowing with Air Force personnel, many fighter pilots among them, Musk famously predicted the end of the manned fighter aircraft.

Much consternation followed, and copious amounts of newsprint was invested in the counter-narrative that flowed, mainly from the US Air Force and its veterans.

Notably, much of the criticism of Musk’s proclamation was aimed at targeting him personally as a ‘head-line grabber’, rather than to disprove his assertion through solid logic and evidence. This is probably indicative of the fact that Musk’s prediction may hold more than a modicum of truth.

History is replete with examples of path-breaking inventions being viewed with disdain at inception, and thought either impractical or even impossible.

For instance, Marshal Ferdinand Foch, the Supreme Commander of Allied Forces in 1918 was quite dismissive of aviation, and had famously said that “airplanes are interesting toys, but of no military value.”

The past Century, and the significant role that air power has played in conflicts therein, from WWI and WWII to the Gulf Wars as well as the 1971 Indo-Pak wars, bear testimony to the inaccuracy of Marshal Foch’s proclamation.

However, in a similar vein, it may be imprudent to wish away the monumental technological advancements of recent years and the potential for change that they portend, merely because such changes may be undesirable, sound improbable or, in some cases, seem outlandish.

The Age of Unmanned Systems

While air power inarguably retains great value in present day warfare, it is rapidly imbuing an unmanned character. The US Department of Defence (DoD), in its Unmanned Aircraft Systems Roadmap 2005-2030, defines UAVs as “A powered aerial vehicle that does not carry a human operator, uses aerodynamic forces to provide vehicle lift, can fly autonomously or be piloted remotely, can be expendable or recoverable, and can carry a lethal or non-lethal payload.”

The extensive use of drones by the US across the world, the clear advantages drawn by Azerbaijan over Armenia in their recent conflict, and numerous other examples, point to the manner in which unmanned aircraft technology can serve as a force multiplier.

As far back as 2013, analyst Dan Parsons had estimated that “future autonomous air refueling of unmanned systems would accord them the capability to remain ‘on station’ for months, and allow all roles from combat to cargo handling.” The question that bears consideration, therefor, is can unmanned aircraft (drones) become the mainstay of air power in the near future (2030)? 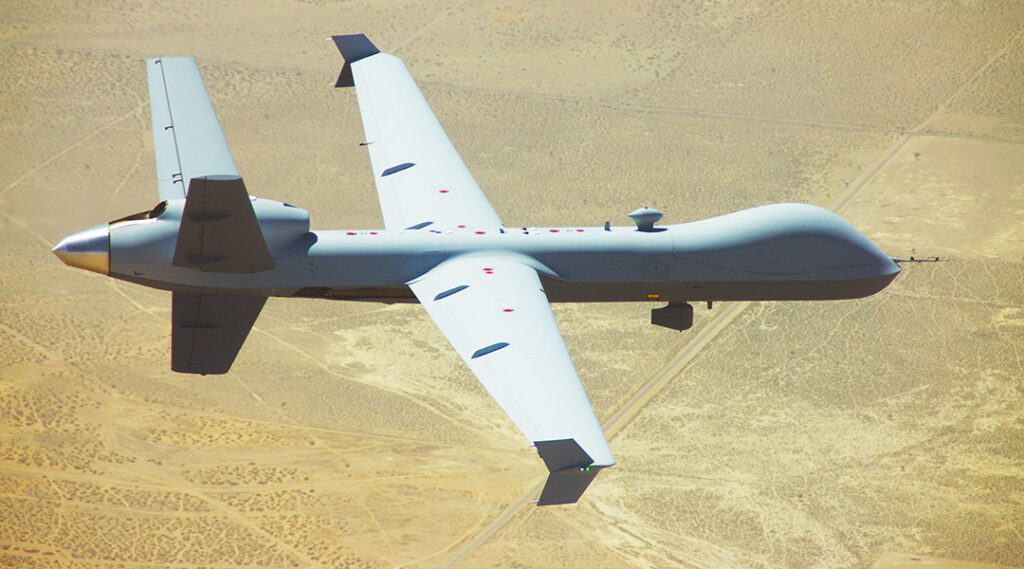 Concomitant with the advent of unmanned aerial systems, modern Air Defence has also witnessed significant advances in capability. Integrated Air Defence Systems (IADS) have become the order of the day, characterized by highly mobile sensors and weapons, organized in a multi-layered manner.

While AD systems have evolved, increasing number of actors are opting to use drones as a mitigating measure. For instance, in mid-2020, Turkish supplied drones assisted the Libyan Govt of National Accord in destroying Russian Pantsir SHORADS being used by rebel forces.

Similarly, the drone attacks on Aramco in Saudi Arabia also underscored the relative advantages that these unmanned aerial systems possess.

As the US plans for an increasingly challenging ‘great power competition’ scenario with China, the Pentagon appears to have realized that air support may not be readily available to ground troops caught in a high intensity conflict over heavily contested air spaces.

Accordingly, the US Army has rated ‘Long Range Precision Fire’ as its highest priority.

In consonance with this outlook, Lockheed Martin’s website advertises development of a next-generation, modular Precision Strike Missile, in conjunction with the Army.

From a Balanced to an Unmanned Force.

At present, many Air Forces across the world are striving to achieve a balance between manned and unmanned systems, based on threat perceptions, budgets and desired capabilities. However, as alluded to by Elon Musk, the day of the manned aircraft may soon be over. This flows form the following aspects:-

The cost of unmanned aircraft will be significantly lower than manned aircraft. Financial savings will accrue, not only from the relatively lower cost of Unmanned Aircraft (UA), but also from the fact that expenditure on training will evolve.

This would, initially cover ground based controllers and, eventually, to no controllers at all, as UAs gradually become completely autonomous.

This will lead to further savings resulting from reduced requirement of flying to maintain pilot currency, decreased pay and allowances expenditure, etc.

The potential losses suffered in battle would not include precious human lives.

Countries will increasingly realize that sending in unmanned aircraft to penetrate defended air space may be more cost effective. Justin Bronk, the Editor of RUSI Defence Systems, had predicted a “significant move towards unmanned systems for vanguard penetrating roles”.

Manned aircraft carry missiles, as can unmanned aircraft. The features mandated onboard an aircraft designed for manned flight are significantly more than on an unmanned one, e.g. ejection seats, Head-Up Displays, etc.

At present, an air strike into hostile or contested areas mandates a comprehensive air package comprising a wide array of aircraft, from AWACS to EW escorts, AD escorts, et al.

In effect, the number of actual strike aircraft in a package is only a small proportion of the overall number of aircraft deployed. In an unmanned scenario, this requirement will reduce drastically, leading to further cost saving.

AI is slowly becoming ubiquitous in nature, and organisations across the world are scrambling to harness the immense potential of this niche technology. Militaries are no different, and numerous air forces have also invested heavily in research and development in this field.

The AI program won all five rounds in under two minutes. While this may not lead to a definitive conclusion that the fighter pilot is no longer required, it does point to the possibilities that the future portends.

Land and Sea Based Long-Range Vectors

Apart from the effect that UAs will have on the size, role and capabilities of a future Air Force, the advent of long-range, precision vectors – sea-based and land-based – will also play a key role. The following aspects assume salience:-

Existing land-based capabilities, already extend to thousands of kilometres, which comfortably covers most areas in India’s immediate vicinity. Added to this is the strategic location of India’s island territories, where mobile, long-range missile batteries (Brahmos) could be positioned. This would be able to exert influence over large swaths of sea areas, including choke points. Such deployment of missiles, in lieu of aircraft, would accrue financial savings as well. This derives from the fact that expensive airfields would no longer need to be maintained for manned flights on these islands.

With regard to sea-based vectors, it is common knowledge that 70 percent of the earth is covered with water which, as a corollary, also implies accessibility for sea-based forces to almost every part of the globe.

For instance, in the Indian context, the long range Nirbhay missile (also a product of ‘Made in India’) is reported to have advanced features, including sea-skimming/ terrain-hugging and loiter capabilities. It is also estimated to be capable of an extended range of over 1000 Km.

Coupled with this, development of modern, sea-based, long-range vectors provide naval forces the capability to address targets deep in the hinterland.

The issues highlighted above are indicative of the role of future air forces being limited primarily to supporting friendly forces in the Tactical Battle Area.

Collectively, these aspects along with developments in the field of unmanned systems, buttress the case for a re-evaluation of the future structure of air forces.

The Smart Way Ahead

USA has drawn out a clear roadmap for UA induction, including fighter aircraft. It may be prudent to adopt a similarly aspirational outlook and plan for a calibrated move from manned to completely unmanned and autonomous air power. In the case of India, with adversarial nations to the West and North, the savings accrued from charting the unmanned course would free up budgets for much required capabilities such as additional Mountain Strike Corps, Submarines and Aircraft Carriers – also carrying unmanned aircraft.

The Hon’ble Prime Minster, Shri Narendra Modi has clearly laid down the guidance and vision for the Country in terms of adoption of innovations, AI, niche technologies and the need to ‘leapfrog’ capability gaps. His expectations and intent were made amply clear through his articulation that “India is placed to leverage power of technology and leapfrog into the future.” In the military sense, the low hanging fruit is air power, which can easily evolve to becoming a completely unmanned force in the medium term.

China is investing heavily in AI and niche technologies, many of which will enable and drive a move to unmanned aerial assets. It would be short-sighted at best, and disastrous at worst, for India to be left behind in this race for transformation into unmanned air power. Hence, while it may be tempting to dismiss claims such as those made by Elon Musk as outlandish, and easy to provide convenient self-serving logic for retaining manned air forces, it may result in India sliding backwards, rather than surging forward in the race for technology and military capabilities. Hence, embracing unmanned solutions in lieu of the current philosophy of manned aircraft will be operationally relevant, financially prudent, and conceptually futuristic. We need to open our eyes and mind to see that the future is truly unmanned.

(Binay Kumar Singh is an author and columnist. He can be reached at Twitter: @BinayBharat. The views expressed are personal).