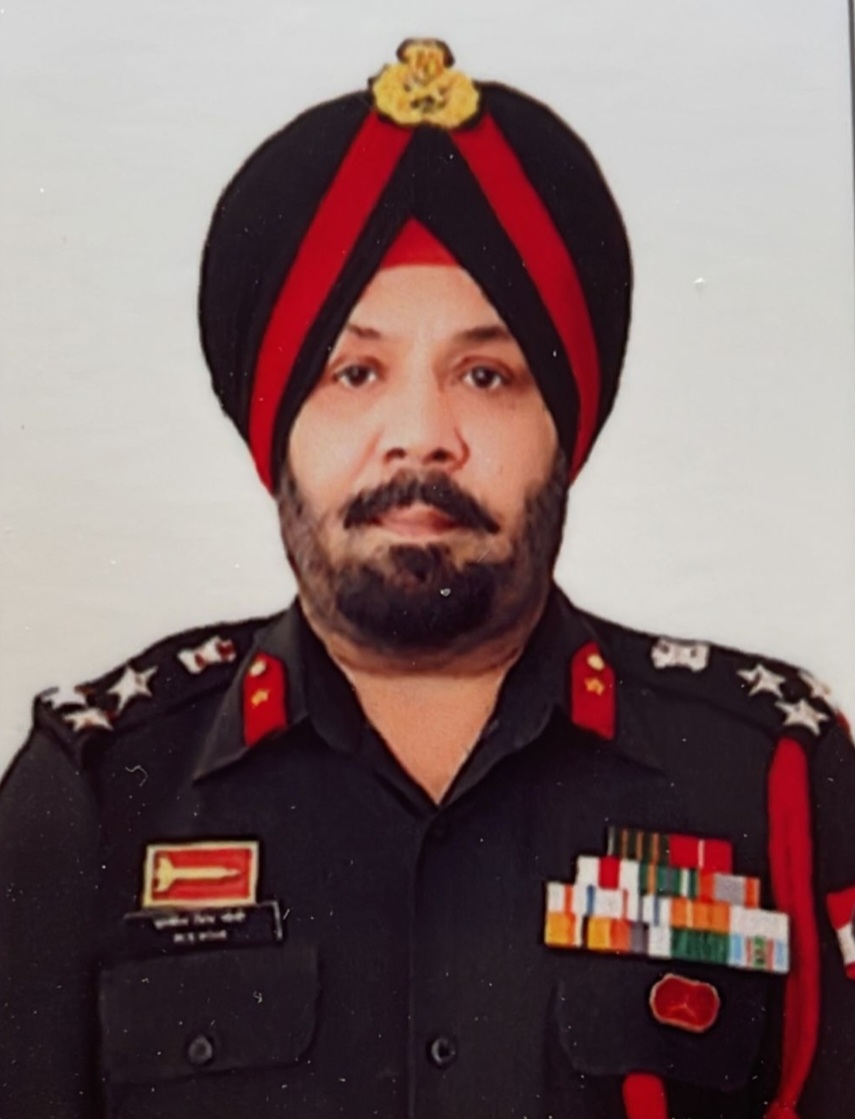 The quote of Ellen Hopkins “Taking no chances means wasting your dreams” aptly fits the career of Brigadier Hardeep Singh Sohi, Shaurya Chakra, Sena Medal (Retired) who after a glorious and a gallant career in the Indian Army retired after 31 years of distinguished service to the nation.

Born on February 17, 1969 in Dhuri, Punjab, Hardeep did his initial schooling in Government School in village Bhojowali, Punjab. Thereafter in Class VIth he joined Punjab Public School, Nabha and completed his balance studies, passing out from the school in 1984. He then did his graduation in Government Mahindra College, Patiala.

It was in Patiala that Hardeep saw many army soldiers in uniform as Patiala is an important military base of the Indian Army and made up his mind to don the haloed army uniform. He passed the Combined Defence Services competitive examination and reported to the Indian Military Academy (IMA), Dehradun on July 20, 1990 as part of the 89 Regular course for one and a half year training.

2/Lt HS Sohi was commissioned in Second Battalion, The Jammu and Kashmir Rifles also called 2 JAK RIF (Bodyguard) after the passing out parade in IMA on December 14, 1991. JAK RIF is a valiant regiment of the Infantry.

Hardy’s first posting as an officer was in Punjab where militancy was prevalent. 2 JAK RIF was launched under Operation (Op) Rakshak and Hardy’s Area of Responsibility (AOR) was his home district Dhuri.

Hardy operated like a man possessed and many successful operations were carried against the terrorists in his AOR. This proved pivotal in assembly elections being conducted in the state and an elected government coming to power.

The Battalion was located in Srinagar with AOR as North & South Kashmir and it carried out more than 700 Cordon and Search Operations (CASO) in its AOR during its tenure. Hardy was involved in almost all of these CASOs, either in planning or in an execution role. The Battalion killed more than 200 militants.

In one such operation Op Alpine Noose conducted at 0500 hours on July 15, 1993 Hardy as a young 2/Lt personally led an operation in the mountains of Kiatsan, North Kashmir against the Anti-National Elements (ANEs) of Harkat-Ul-Jehad-E-Islami (HUJI). This CASO team killed 23 ANEs after heavy cross firing, of which 5 ANEs were personally killed by Hardy. For this gallant act, 2/Lt HS Sohi was awarded the Sena Medal (SM).

On April 13, 1995 Captain (Capt) HS Sohi, SM was leading a patrol in the mountainous area of the Tral Valley in Jammu & Kashmir.

At approximately 1130 hours as the patrol was climbing the heights north of village Narasthan, three ANEs fired from the higher reaches. Capt Sohi quickly seized control of the situation and deployed his patrol to thwart the escape of the ANEs even as bullets were rained heavily on Hardy’s patrol.

Hardy along with his radio operator crawled within 50 metres of the ANEs from a flank. The ANEs noticed his move and started firing on him. In the cross fire at almost an eye-ball distance, Hardy was hit by a bullet in his chest. Undeterred by his grave personal injury, Hardeep killed two ANEs. For this valiant action, Capt HS Sohi, SM was awarded the Shaurya Chakra (SC).

For the grave bullet injury suffered in the chest, Capt HS Sohi, SC, SM was declared a Battle Casualty and awarded a Wound Medal.

For other CASOs in the Kashmir Valley, Hardy was awarded a General Officer-in- Chief’s (GOC-in-C’s) Commendation Card.

The grave bullet injury suffered by Hardy in 1995 which missed his heart by a whisker and hit his spinal cord, affected his capacity in carrying out any further operations. Hence, he was transferred to the Army Ordnance Corps (AOC) as a Captain.

Hardy did well in AOC too and rose to the rank of Brigadier (Brig) which is a flag rank.

Brig HS Sohi, SC, SM (Retd) is probably the only officer of the Indian Army to have been awarded a Shaurya Chakra, a Sena Medal, a General Officer-in- Chief’s Commendation Card and a Wound Medal in one tenure.

After a distinguished service of nearly 31 years in the Indian Army, Brig HS Sohi, SC, SM retired from the Indian Army on August 05, 2022 and is now settled in Mohali, Punjab, where he is doing social work.

Our salute and respect to Brig HS Sohi, SC, SM who is truly the Pride of India.

Courtney Milan’s quote quite sums up the brave life of Brig HS Sohi, SC, SM “If it must be done, it’s best done bravely”.

About the Writer –
The writer who retired from the Corps of Engineers of the Indian Army is an alumnus of NDA, Khadakwasla and IIT Kanpur. He is a M.Tech in Structures has also done MBA and LL.B and is a prolific writer and a public speaker. He has been featured in the World Book of Records, London and the India Book of Records for his media contributions. The writer Tweets and Koos at @JassiSodhi24. The views expressed are personal.