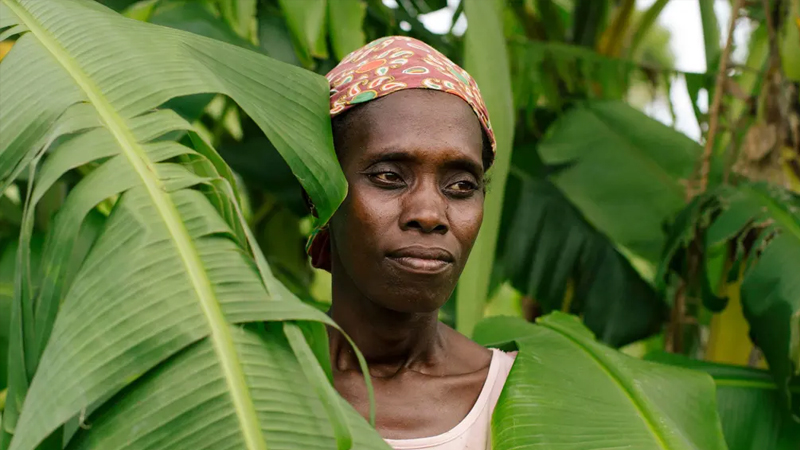 The tree had stood in the square for nearly 100 years. It was planted by his father, before Afonso Reis was born. He worked as a driver and “liked trees”, says Reis, who is in his 70s. People used to eat the bitter red fruit, but more recently it had provided welcome shade for the stallholders of a busy market in Beira, one of Mozambique’s largest cities.

“I liked to sit under the branches,” says Fina, 21, who sells tomatoes, cucumbers, onions and garlic in the market’s chaotic alleyways. Others hawk bananas, oranges, secondhand clothes. Life would change but the tree seemed constant. Then something odd happened. At about 2pm on 14 March 2019, the tree suddenly keeled over and crashed to the ground. No one was hurt, but people were taken by surprise. “There was only a light wind,” Fina says. “Who would have thought that a tree that size would just fall down?”

Seven hours later, the deadliest cyclone in the history of southern Africa hit Mozambique, before surging inland to Zimbabwe and Malawi. Cyclone Idai killed more than 1,000 people and devastated Beira, a sprawling port city of 500,000 people, built on a delta in the Mozambique Channel on the east coast of Africa. First there was wind, with gusts of up to 200km an hour, strong enough to blow off roofs and to send plates, chairs, even cats and dogs, airborne. The stink of rotting animals that had been flung into trees lingered for days.

Then came days of heavy rain and, finally, flooding. Beira lies at the mouth of two major rivers, the Buzi and the Pungwe; both burst their banks, submerging surrounding villages, trapping people on roofs and creating a new inland lake the size of Luxembourg. Thousands of trees were uprooted and at least 70% of the town’s buildings were severely damaged, with many losing their roofs; six schools and 60 churches were totally destroyed. The cyclone closed roads and shut the airport. Supermarkets ran out of food. Bread and water were rationed. More than 146,000 people lost their homes across four provinces.

Nearly two years on, Mozambique is trying to rebuild. But we are living in a time of record-breaking natural disasters: extreme droughts, epic floods, apocalyptic wildfires. Will we see more frequent catastrophes, such as Idai, strike countries that may not be prepared to handle them? How much is the climate crisis to blame, and what can wealthy countries do to help?

I meet Rita Chiramswuana, 51, and Fatima Vasco Limo, 45, in February, 11 months after the cyclone, in a leaky tent at Ndedja camp, which holds 2,355 people in 471 households, and is a two-hour drive from Beira. Farmers from John Segredo, a nearby village of 200 people, they have 16 children between them, including Zacarias, 11, adopted by Chiramswuana five years ago, after first his mother, then his father died.

Chiramswuana is lively, with a sparky style. She likes jewellery and wears blue nail polish and a crocheted bucket hat. Vasco Limo is quieter, more serene. They have been friends for years. “Our friendship is like this,” Chiramswuana says, holding up her index finger. “She is like the finger and I am the nail.”

Chiramswuana, her husband and nine children lived in two small houses in the village. Vasco Limo and her family had a similar arrangement. They grew their own food – cabbage, peanuts, maize, beans – had running water nearby and made enough money to send their children to school (education is free until grade 10, when pupils are 15, but parents pay for books from grade 8). They were also able to buy things for the home: plastic chairs, pans, forks. Chiramswuana had 20 ducks and 30 chickens; Vasco Limo had 15 chickens and two goats, a sign of high status in the village. Both dreamed of having a “real house” – of bricks, rather than mud and straw – and a torch. “It is very dark at night. Snakes come in and you can’t see them,” Chiramswuana says. But they were content

There had been storms in the village before, with strong winds and heavy rain; when Vasco Limo heard neighbours talk about the cyclone, she thought this could be the same sort of thing (there was a government alert on the radio, but she doesn’t have one). At 6pm, she cooked yam and other vegetables for her family. When the cyclone started at about 8pm, she was inside her house with her husband and three youngest children, aged 10, 14 and four (the others were in a nearby house). She had her chickens and goats with her.

At 9pm, the roar grew louder. There was a huge crash. “The roof blew off,” she says. They sat there all night, the house open to the elements: “It was very dark. I hugged the children to me.”

The world turned grey and the rain started. “The wind was like a loud fan,” she says. “Drrrrrrr.” Others say it felt as if “the cyclone was coming up through the earth”. By 5am the wind had stopped and Vasco Limo went outside. “I could see houses had collapsed and people had died.” Among them was Anna, her 60-year-old neighbour. “Then I heard people screaming, ‘Socorro! Socorro! Help! Help!’ My husband ran to see what was the matter. He saw a huge mass of water – a flood – and he ran back.”

We were trying to run from it but the water was coming really fast. The only thing we could do was climb a tree

Vasco Limo and her family managed to escape the flood; they were ahead of the surge and reached higher ground before the village was swamped. But Chiramswuana didn’t. “People were trying to run from it but the water was coming really fast, really strong,” she says. With water already up to her waist, “the only thing we could do was climb a tree. First one person climbed, then they pulled the others up. People were being passed from one to the other.”

Chiramswuana was the last out of the water: she and her family stayed in the mango tree for 24 hours, in heavy rain, with no food, but too distraught to feel hunger. She sat silently on a branch with her eight-year-old daughter on her lap, one arm around the trunk, the other around her child, trying not to look at the carnage below: “Pigs, goats, chickens, crates, speakers, DVDs – even people being washed away.” Her brother and his five-year-old son took refuge in a different tree, which collapsed. His body was found covered in sand two days later; the little boy’s body was 400 metres away.

When Chiramswuana saw Vasco Limo at the camp four days later, they fell into an exhausted embrace. Vasco Limo says of the mango tree now: “This is my God! I give thanks.” But their village has disappeared and they can’t go home. They live in makeshift shelters and rely on aid. They were given seeds and a small patch of land. But there were freak rains last January, a disastrous turn of events for people relying on their first post-cyclone harvest. “The crops are useless,” Vasco Limo says. “When we had some savings, my husband and I would say, ‘What shall we buy? A duck? A chicken?’ I was building my life. I can’t do that any more. Everything’s gone – all of it, like that.”

Saving water is easier by replacing coal with gas or renewable energy: Study

Saving water is easier by replacing coal with gas or renewable energy: Study