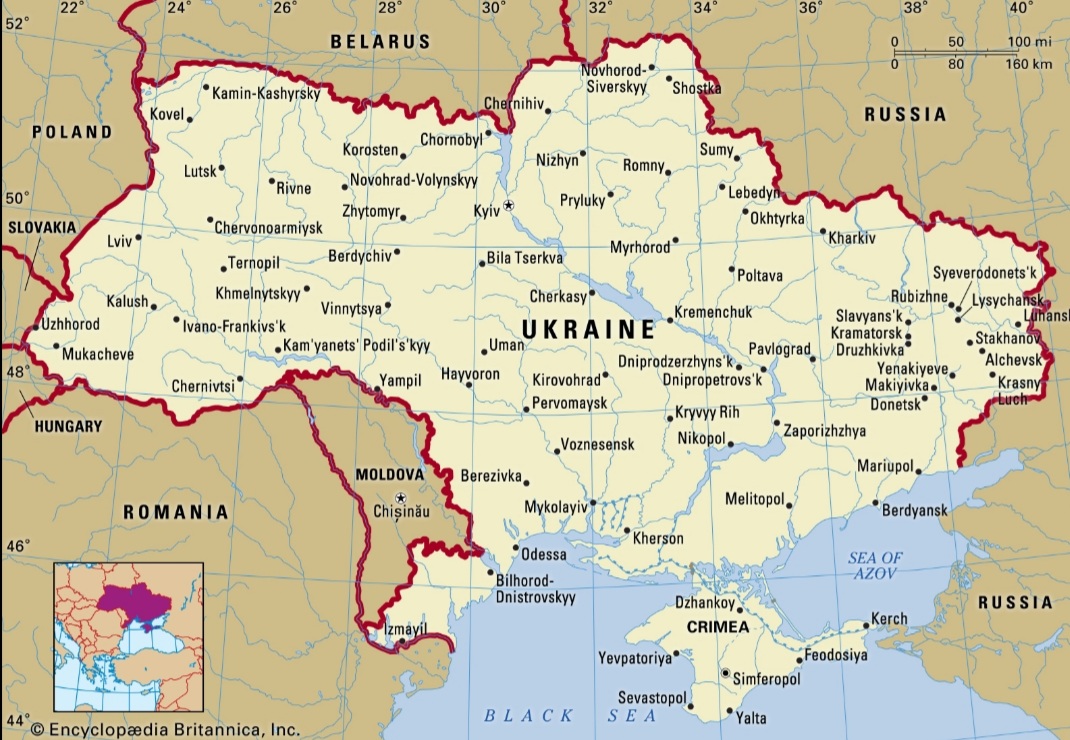 After the breakup of the erstwhile USSR on 26 December 1991, Russia under the leadership of President Vladimir Putin had years ago sensed that USA with the NATO countries under its belt will not relent till Russia is dethroned of its super power status.

And Vladimir Putin who had been a Lieutenant Colonel in the Russian secret service KGB before resigning from the KGB and plunging full time in active politics in 1991, understood fully well the implications the Russians would suffer if adequate steps are not taken. The breakup of USSR into 15 countries is a pain that no Russian has ever forgotten.

The rise of Vladimir Putin from an officer in the KGB to the President of Russia helped him understand fully well that both economic power and military might is needed to ensure that a repeat of 1991 does not happen in Russia again.

While he laid emphasis on dialogue and discussion with USA and the NATO to settle the disputes and the differences, he was at the same time making Russia economically and militarily strong.

Till the time Donald Trump was the President of USA, Putin was sure that Ukraine would not be given the membership of NATO, an act he perceived as the biggest security threat to Russia as this would entail USA at the doorstep of Russia, as Trump and Putin had good relations.

So, on 24 February 2022, Russia invaded Ukraine in what Putin called as a Special Military Operation but is nothing less than a full-fledged war. In a clear warning to the world at large in a televised address as the Russian armed forces were invading Ukraine, Putin warned that any nation coming to support Ukraine would be met by consequences not seen in their history.

With the highest number of nuclear weapons in the world and the latest and the lethal military arsenal in its kitty like the S-400 missile systems, the RS-28 Sarmat ICBMs and the Avantgrad missile systems, this threat of Putin meant serious business and hence till date no country has send its military to help Ukraine.

The objectives of Putin in the ongoing Russia-Ukraine War are three-fold. One is to remove Volodymyr Zelenskyy as the President of Ukraine. Second is to install a pro-Russian government in Ukraine and thirdly to cause minimum civilian casualties in Ukraine as Ukraine was a part of the erstwhile USSR and 30% of the Ukrainians speak the Russian language and are pro-Russia.

To achieve this objective Putin has used only about 200,000 soldiers of the Russian army out of the 900,000 strong standing army that he has.

Having taken over Crimea in 2014 and annihilated the Ukrainian Navy in 2014 the advance of the Russians from the Black Sea into the southern Ukraine was not problematic for the Russians.

Putin who understands tactics and strategy equally well chose to enter Ukraine with about the same number of troops as the Ukrainian Army. Well, this was intentionally done to achieve the three aims of Russia.

The strategy of Russia is to isolate the key towns of Kyiv, Kharkiv and the other important towns of Ukraine and eventually invest them and finally capture them. The tactics of Isolation and Investment are the key teachings in any armoured warfare and the heavy deployment of the armoured and the mechanised columns by the Russians in Ukraine bear testimony to this.

Isolation as the name suggests is to cut off an area so that no movement of reinforcements and supplies can take place into the area being isolated and Investment means to physically enter that area which has already been weakened by Isolation. Isolation and Investment eventually result in the capture of the place.

This is exactly what the Russians are doing with Kyiv, Kharkiv and the other important cities of Ukraine. Putin is well aware that once Kyiv and Kharkiv falls to the Russians, Ukraine will be over powered.

Ukraine is the world’s 45th largest country in the world in terms of area and has a population of 4.41 crores. So, Putin knows that taking over Ukraine in any other manner like physically occupying every inch of Ukraine would be extremely difficult except by the isolation and investment of the key towns of Ukraine.

So, the feeling that the Russian advance has slowed down in Ukraine is not due to the faulty planning by the Russians or the resistance being put up by the Ukrainians but as part of a well-designed plan of the Russians to isolate the key towns and then to invest them.

Russians are purposefully not using their air force in full measure despite having 1511 fighter aircrafts as compared to the 98 fighter aircrafts with the Ukraine Air Force as one of their aims is to avoid as many civilian casualties as possible in Ukraine. And neither is the Russian aim to cause any intentional damage to the nuclear power plants in Ukraine as this would mean the war spilling over to the neighbouring countries as the nuclear radiations can spread all over. This is quite evident by the way the Russians have taken over Chernobyl and Zaporizhzhia.

The writer is an Army Veteran and is a prolific writer and a public speaker. He tweets at @JassiSodhi24. The views expressed are personal.

NON-ALIGNED MOVEMENT: INCREASED RELEVANCE IN THE BACKDROP OF THE RUSSIA-UKRAINE WAR

NON-ALIGNED MOVEMENT: INCREASED RELEVANCE IN THE BACKDROP OF THE RUSSIA-UKRAINE WAR