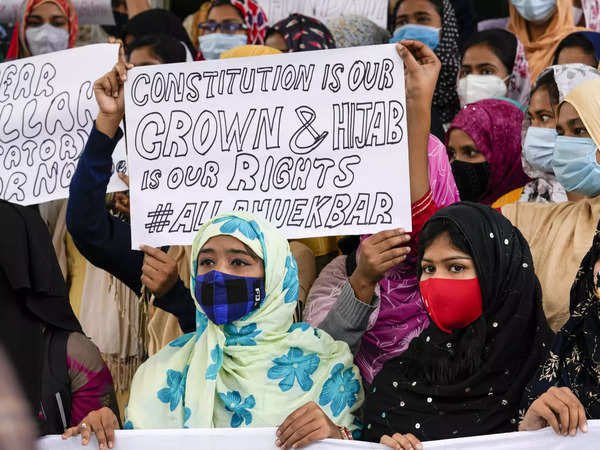 The Hijab row in Karnataka refuses to die down anytime soon. However, the Karnataka High Court’s three-judge full bench’s order restraining all students from wearing any symbol of religious faith in the classroom, has put a temporary stop to the rising unrest among students. The Court order restrains students from wearing hijab, scarf, saffron shawls, religious flags or similar items inside the school and college premises till further orders. The full bench of Chief Justice Ritu Raj Awasthi, Justice Krishna S Dixit and Justice J M Khazi, also requested the Karnataka government to reopen educational institutions, allowing the students to return and join classes at an earliest.

The bench said on Friday, “Endless agitations and closure of educational institutions indefinitely are not happy things to happen. The hearing on these matters on urgency basis is continuing. Elongation of academic terms would be detrimental to the educational career of students especially when the timeliness for admission to higher studies/courses are mandatory.” The HC is set to hear the case again on February 14.

The five takeaways from the HC’s interim order are:-