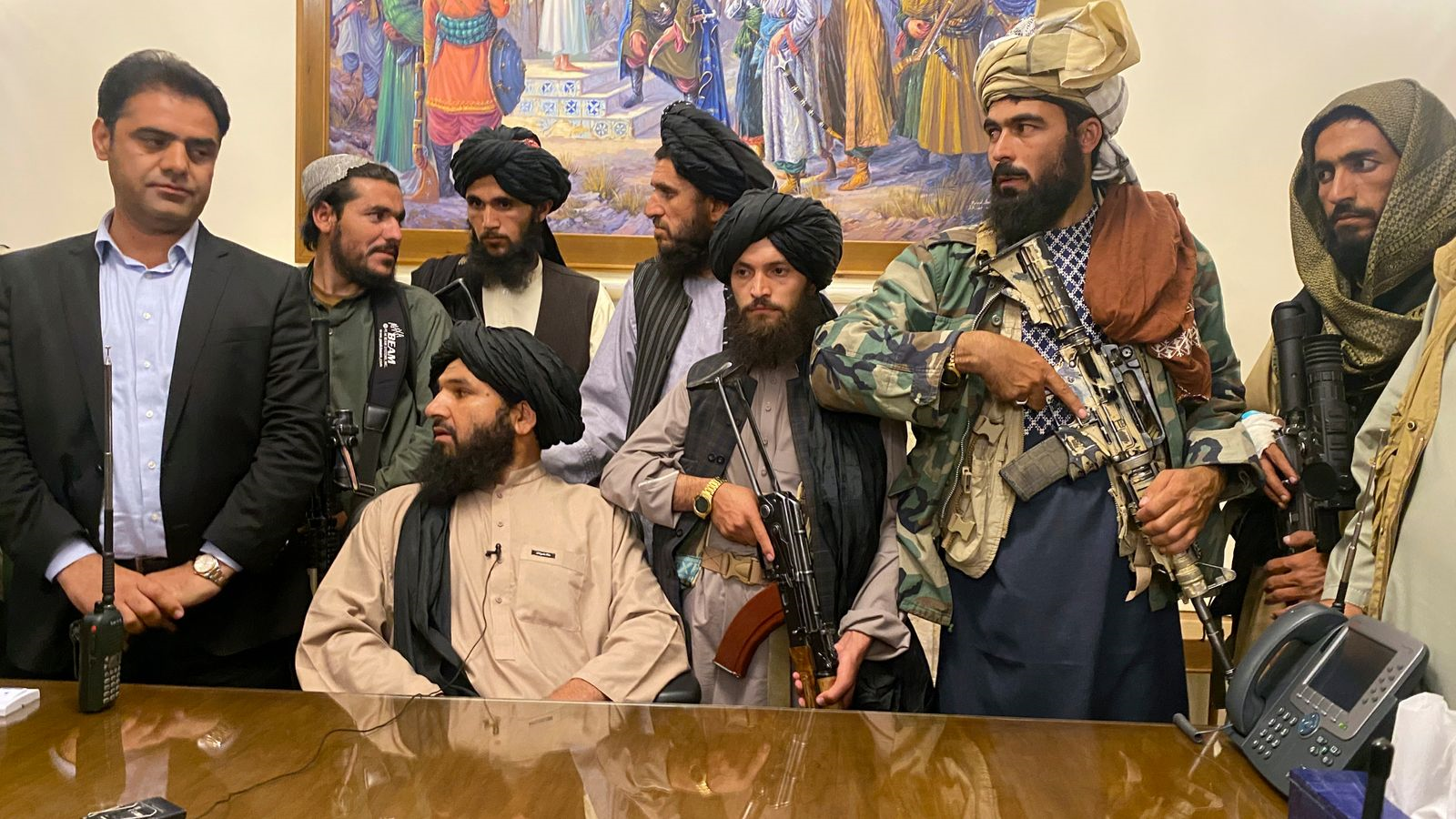 Complete unrest and panic gripped Afghanistan after Taliban took over Kabul on Sunday night. People have started fleeing the country fearing return to the brutal rule the Taliban imposed when it was last in power.

At Kabul airport, five people were killed and three stowaways have fallen to their deaths from an airborne plane on Monday during attempt to flee the country.

Thousands of citizens gathered at that Hamid Karzai International Airport to get into the US aircraft leaving from the airport.

To prevent the sea of people trying to board the plane, US troops fired upon them due to which five were killed. People climbed to cling aircraft wheels and three of stowaways fall to the deaths.

Panicked Afghans were also seen climbing up the outside of an airbridge in a bid to get onboard planes and chasing a US military C-17 down the runway.

Videos also showed hundreds of people running alongside, and in front of, a US Air Force plane preparing to take off.

All commercial services have been suspended, with only military flights leaving the country as the UK, US and other western countries repatriate their citizens.

The US Embassy has been evacuated and the American flag lowered, with diplomats relocating to the airport to aid with the evacuation. Other Western countries have also closed their missions and are flying out staff and nationals.

The Taliban swept into the capital on Sunday after the Western-backed government collapsed and President Ashraf Ghani fled the country, bringing a stunning end to a two-decade campaign in which the US and its allies had tried to transform the country.

The speed of the Taliban offensive through the country appears to have stunned American officials. Just days before the insurgents entered Kabul with little if any resistance, a US military assessment predicted it could take months for the capital to fall.

The rout threatened to erase 20 years of Western efforts to remake Afghanistan that saw more than 3,500 US and allied troops killed as well as tens of thousands of Afghans.

The initial invasion drove the Taliban from power and scattered al-Qaida, which had planned the 9/11 attacks while being sheltered in Afghanistan.

Many had hoped the Western-backed Afghan government would usher in a new era of peace and respect for human rights.

As the US lost focus on Afghanistan during the Iraq war, the Taliban eventually regrouped.

They captured much of the Afghan countryside in recent years and then swept into cities as US forces prepared to withdraw ahead of an August 31 deadline.

Under the Taliban, which ruled in accordance with a harsh interpretation of Islamic law, women were largely confined to their homes and suspected criminals faced amputation or public execution.

Suhail Shaheen, a Taliban spokesman, tweeted that fighters had been instructed not to enter any home without permission and to protect “life, property and honor.” The Taliban have also said they will stay out of the upscale diplomatic quarter housing the U.S. Embassy complex and the posh villas of U.S.-allied former warlords who have fled the country or gone into hiding.

When the Taliban last seized Kabul in 1996, it had been heavily damaged in the civil war that broke out among rival warlords after the Soviet withdrawal seven years earlier.