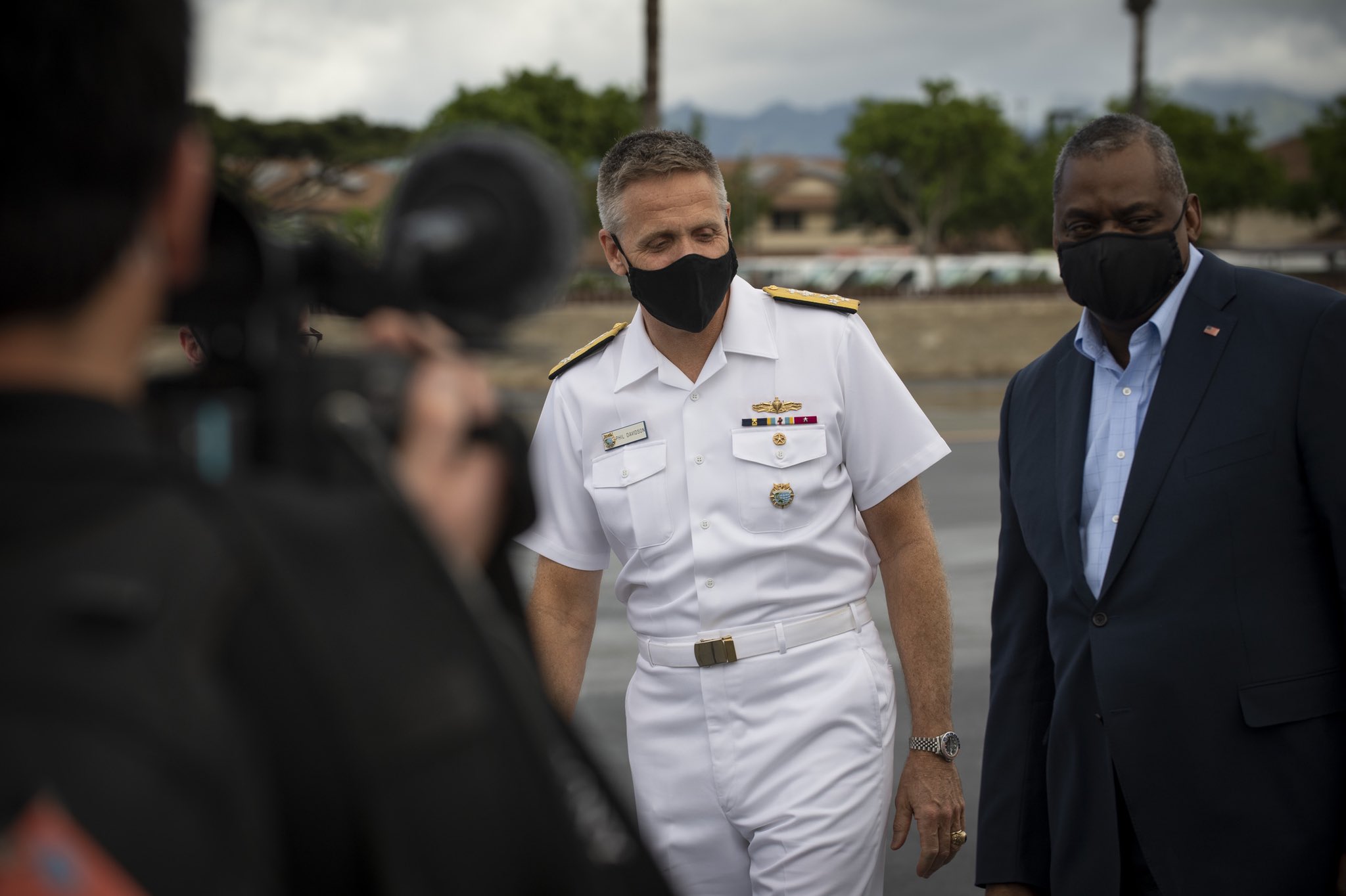 The United States Defence Secretary Lloyd J Austin made an unscheduled visited to Afghanistan Sunday just days after Taliban issued warning of consequences if American and NATO troops are not withdrawn by May 1. The US and Taliban has struck a deal last year of withdrawal of troops by May 1, 2021.

They expressed concerns over continued violence in Afghanistan and emphasised that the fundamental solution to the “current situation in Afghanistan is to achieve a just and lasting peace.

Before arriving to Afghanistan, Austin had stated that the US was ready to cooperate with Afghanistan to achieve peace and stability in the country.

Ghani said during the meeting that there is a consensus at all levels inside Afghanistan for peace process, and the Afghan government will make full use of the consensus and the opportunities that have arisen to bring about peace.

US President Joe Biden said last week the May 1 deadline agreed by predecessor Donald Trump would be “tough” to meet. The statement led to outrage from the insurgents, who warned that Washington would be “responsible for the consequences”.

The Afghan government is also keen to keep US forces in the country for as long as possible for the vital air cover they provide.

After talks with President Ashraf Ghani , Austin would not be drawn for comment on the deadline.

“That´s the domain of my boss,” he told reporters. “That´s the decision that the President (Biden) will make at some point in time, in terms of how he wants to approach this going forward.”

Under the deal thrashed out between the Taliban and Washington, the insurgents pledged also to engage in peace talks with Afghan government negotiators, but they have made almost no progress and fighting has only worsened — particularly in rural areas.

Austin and his entourage flew into Afghanistan on a US-liveried aircraft instead of a military plane that usually carries US officials to the war-torn country. Details of his visit were kept under wraps for security reason until after he left.

Asked about the Taliban warning that Washington would face consequences if the deadline was not met, Austin said he was sure US forces could cope. “I have great confidence and in his ability to protect our troops,” said Austin, referring to General Austin Miller, commander of US and NATO forces in Afghanistan.

Lloyd J Austin Austin´s visit comes as the US is desperate to inject fresh impetus into a peace process that has dragged on in Doha since September, with feuding parties unable even to agree on an agenda.