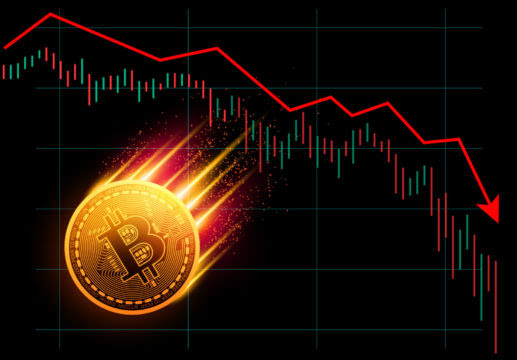 The best piece of advice given to crypto-loyalists in the past few months of cryptocurrency slump came from the hosts of popular podcast, Bankless, Ryan Sean Adams and David Hoffman, who asked them to “grab your conviction and stay with it.” The world has been witness to a steady crisis in the cryptocurrency market since past year, with two of the major currency units, Bitcoin and Ethereum, facing a respective slump of 29% and 38% in just past week. In fact, cryptocurrency data provider Coinmarketcap has reported that the combined value of this market has fallen by 70% from a high in November 2021. The current situation might be enough to fizzle down the hopes of everyone associated, but not the most optimistic among crypto-traders. For them, there is a silver lining to the dark sky and this is how.

Since beginning, digital assets have had a relationship with the macro environment, which is made up of government policies, business decisions, geopolitical situations, and general public sentiment. All this has impacted digital currency market, in good as well as bad ways. Of late, bad news has been more common, no doubt! In fact, there has been also an obvious correlation between what is happening between Russia and Ukraine and the loss of hope in the cryptocurrency market.

When Binance CEO Changpen ‘CZ’ Zhao reflected upon the same opinion when he tweeted on June 20th, “Historically speaking, if you bought #bitcoin every time there is a ‘bitcoin is dead’ headline, you would have done well. Logic: when they lose hope, that’s when the bottom is in.” However, he ends the tweet with this advice, “NOT recommending this or any strategy for the future.”

Others who are as hopeful as the Binance CEO include Ross Mayfield, investment strategy analyst at Robert W Baird & Co., who calls Bitcoin’s recent performance as “an advertisement for why a totally deregulated currency has value.” In his opinion, Bitcoin despite being a ‘risk asset’, still made sense in wake of the fact that the central banks in the West have not shied away from weaponising their currencies in order to sanction the Russian economy.” So, something as decentralised as cryptocurrency, should be seen as the future of global financial market, a safe sanctuary for investors.

Coming back to the silver lining behind the cryptocurrency crisis, investors can hope for an upward journey from the current slump but they still need to practice caution and study the opportunities well before taking a decision.