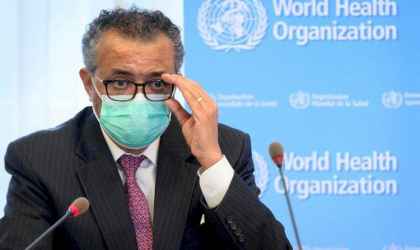 WHO said in its latest pandemic report that there has been a nearly 55% jump in new coronavirus cases worldwide in the past week. It is a matter of relief that the cases of death are stable. In the weekly report released on Tuesday night, the WHO said that there were about 15 million new corona cases and more than 43,000 deaths in the last week. Except Africa, there has been an increase in the cases of corona in almost all the countries of the world. At the same time, there has been an 11 percent drop in corona cases in Africa.

Last week the WHO

reported in its report that 95 lakh new cases of corona were registered. After this report, WHO had said that this is a tsunami of epidemic.

Regarding Omicron, the WHO had said that the Omicron variant is replacing the Delta variant worldwide. Omicron, which first emerged from South Africa in November last year, has grown to 59% across all sequences. Omicron is growing twice as fast. However, WHO has also said that Omicron is less lethal than other variants. WHO has admitted in its report that the wave of corona has gone in South Africa while it continues to spread in the country around the world.

About 78 percent of cases in America,

UK and American scientists believe that its infectious cases are in the last stage, but nothing can be said about the next stage. The highest number of 78 percent cases have been reported in America this week.

a 31% increase in the number of new cases in Europe, while deaths fell by 10%. The biggest jump was seen in new cases of corona. Here India, Timor-Leste, Thailand and Bangladesh recorded the highest increase of over 400%. At the same time, the number of deaths in these countries has declined by 6%.