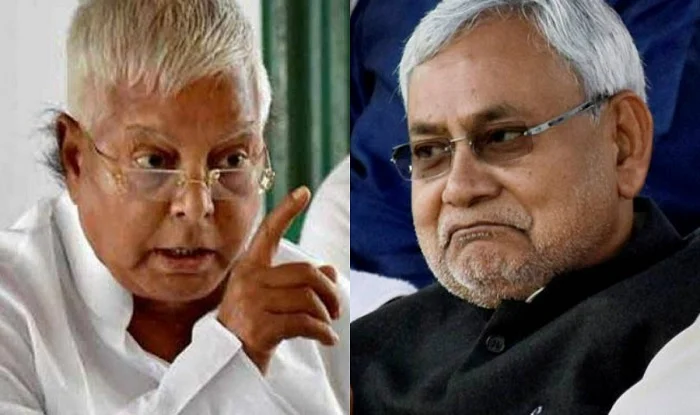 On Tuesday, Bihar Speaker Vijay Kumar Sinha of the BJP resigned following opposition MLAs’ demands for his resignation ahead of the floor test in Bihar to prove the ruling government’s “Mahagathbandhan” majority and subsequent CBI raids against various opposition leaders. The Bihar Assembly Secretariat, acting on the advice of Chief Minister Nitish Kumar, changed the business plan of the special two-day session late on Tuesday to support the no-confidence motion against Sinha.

In the 243-member house, the Mahagathbandhan of seven parties received 160 votes. When Lalu Yadav was the railway minister in the UPA government, the CBI filed an FIR on May 18 against him, his wife Rabri Devi, and his daughters in relation to the scandal. It is alleged that the bidders sold their land to the Yadav family at a cheaper than market price in exchange for railway jobs.

A Gurugram mall that was still under construction and allegedly connected to Tejashwi Yadav, the deputy chief minister of Bihar, was among the locations searched. Reacting to the debate over his trust vote, Nitish praised Atal Bihari Vajpayee and LK Advani while hitting out at the current dispensation, accusing it of seeking publicity and doing nothing for the country’s development. Nitish also accused the BJP of unnecessarily creating tension in society by driving a wedge between Hindus and Muslims. He claimed that social media and the press were under his control.

Some of the BJP MLAs, who had staged a strike while Chief Minister Nitish Kumar was delivering his speech, stormed the House and demanded that the Deputy Speaker not waste time with excess staff but start the business scheduled for the day and announced a boycott of the proceedings.

The LJP’s Chirag Paswan allegedly rebelled at the BJP’s command during Kumar’s address and tried to splinter the JD(U) through his old protege RCP Singh. Claiming he had “no personal ambitions”, Kumar rejected the BJP’s allegations that his latest volte-face was aimed at making him the opposition camp’s prime ministerial candidate.

The JD(U) leader also spoke about his old association with the BJP and highlighted the contrast between the current dispensation and the era of Atal Bihari Vajpayee, L K Advani, and Murli Manohar Joshi. The Chief Minister added, “The current exemption accomplishes little more than promote (Prachar Prasar) itself.” He added, “Speak against me,” in response to the BJP MLAs’ objections.

Nitish disrespected mandate given by people of Bihar: Prasad

Nitish disrespected mandate given by people of Bihar: Prasad